All posts by Captain Ned Edgewalker

praise be to eternal president mallace

Yes, obviously Ned its not going to help Black stereotypes. Your insight is phenomenal 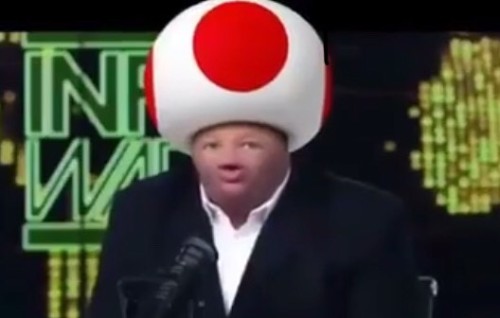 The animated contest of liberty is waiting for you.

But you've gotta take it in your hands. You've gotta have the will, to accept the truth and buck the system, and the group collective.

This is the Info War.

and i'm here to tell you

SEVENTEEN SEVENTY SIX WILL COMMENCE AGAIN IF YOU TRY TO TAKE OUR FIREARMS. DOESN'T MATTER HOW MANY LEMMINGS YOU GET, BEGGIN FOR THEM TO BE TAKEN. WE WILL NOT RELINQUISH. DO YOU UNDERSTAND?

As far as I know, there isn't a bot or something that would just automatically update a channel with the latest wiki activity. But, I propose that we make a new channel with the sole purpose being that it's for people to post links to any new content they've made/made in-general on the wiki.

Yes, I could've just DM'd someone about this idea but I haven't used my signature in an official matter since forever so

I simply cannot state enough how utterly misguided, asinine, plain stupid, dead wrong and much, much more this rule change is. If someone is too lazy to simply type the word "swearing" in after pasting a link into chat, you're either just incompetent, don't care for the rules, or as previously stated, overly lazy and/or forgetful.

The administration, be it Parax's, G-man's, or this current one has always been the biggest stick in the mud when it comes to swearing, with a near no-tolerance (might as well be no-tolerance entirely but, my god, we allow the word crap!) level of enforcement towards it as if it's demon spawn. So why in the name of all that is holy would you allow free reign on links containing swearing? Is it so difficult to type 8 letters after you click paste that an entire rule change that is bound to spur faux-political garbage is necessary? (By the way, if someone adds the "you love that wiki politics stuff" argument, I just gotta commend you on an original, creative argument quickly) It's simply so asinine I literally cannot comprehend it. I'm not smart enough.

Also, gotta say it, nice touch-up with that "abuse won't be tolerated" bit. Thanks for clarifying that.

I haven't even gone about the way you went about legalising this.

Let me get this out of the way, though. I'm all for abolishing the SSC and having a spot for user input or something along those lines, but the way this damn wiki has been shaped, we are a democracy for some reason. Meaning, doing something that isn't democratic is heavily scrutinised, and rightfully so. Again, just abolish the damn SSC if you're gonna be this way. Do it. I encourage you.

(edited by Captain Ned Edgewalker)
A reply to Nults McKagan
2

my thoughts on the matter are https://www.youtube.com/watch?v=VFDDptFw-M8

Be it a Minecraft server or a promotion request, nominate the wiki event you thought was the best in 2016!

The Legend of Pirates Online Beta by The TLOPO Dev Team

Nominate the blog you thought was the best in 2016!

Nominate the factual page you thought was the best in 2016!