What's on your mind?

With profanity in chat once again a hot topic (big surprise), it's time to have an open discussion regarding what route we want to take, whether that's going "all-in," "all-out," or somewhere in between. Use this thread to propose your best ideas for what changes to make to our swearing policy.

This is a discussion that will be directed at the current opinion on our CHAT swearing policy, as I promised... back in August. Please post your opinions of the current rule; whether you like, dislike, like some bits or, or dislike some bits of the rules and if you so chose, which parts you would like to see changed.

Or you can freestyle it and push for the abandonment of all swearing rules in general.

Staff are welcome to post their opinions as well.

Certain words that have gained popularity among the nether realms of the internet have made an appearance on our chat whether we like it or not. I agree these 'terms' should be brought up to the attention of the administration on whether they should be banned or permitted in chat/wiki, but I was briefly on holiday visiting family and friends when this certain issue occurred. The decision was decided between two administrators but I was not informed of any changes or 'heads-up' in order to be an effective chat moderator.

I formally request that the GFW staff use our group chat/make a formal announcement present to all users/send a pm to all users/etc to provide both users and other moderators who were not present at the time updates concerning sudden changes/etc of what is allowed or what is not allowed to be said in chat to avoid future confusion and a sense of ignorance.

I think we should get some new wiki colors, instead of the same shades of beige we've had since 2011. I personally don't think that it fits too well with the other colors (ie: the banner). This is my opinion, but I'm sure some may agree with me.

What the colors should be? I don't know. I would leave that to either a community vote, or up to the administration if this vote passes.

Thank you for considering.

I don't know where to post anything on here.

Since Sir JDP seems to only care about this place when it concerns him, i'm going to start a discussion about him. So, I was bored tonight and searched for our video on JDP's channel. It has been removed. (look for yourself: https://www.youtube.com/user/JohnnyDaPirate/search?query=Gamers+Fanon+Wiki) This could've been some sort of mistake right? YouTube's searching can be weird. So I went and searched for it in the main YouTube search. Nothing. You can go search this for yourself as well. (https://www.youtube.com/results?search_query=gamers+fanon+wiki&page=1) Is it because we 'missed' his deadline? Even though we beat it by a mile? (more links! http://gamersfanon.wikia.com/wiki/User_talk:JohnnyDaPirate?action=history) You could argue that the video never did anything for us, why should we care?

Because it's the last video we got (and iirc the only video we got), and because of the fact that the oh-so noble JDP can come here and complain when we remove his URL for a few hours.

Maybe i'm overreacting. Maybe i'm not. Maybe it was a simple mistake when he removed everything associated with us for a few hours. Maybe it wasn't. The fact of the matter is he promotes the pirates forums & his own websites to hell on there, and we get 1 video. In a year. Maybe i'm too upset. Maybe i'm not. I'll never know, but I do know that this needs to be fixed.

So, if you've been in chat over the past 2 hours, you'll know that i'm 'rebooting' (not really but k) a system similar to Minecraft Nations or Minecraft Empires. If you have questions, ask me in chat pl0x.

Now, simply for organization, i'd like you to 'create' your nation here, and it will be listed. You can use a completely fictitious nation, your NationStates country, or a real country. Git creative m80s. Also, it must be noted, you cannot use someone elses NationStates country. This can be done later when the server is up, and is not mandatory.

THE UNITED STATES OF AMERICA

(edited by Captain Ned Edgewalker)
This post is locked.

Nominate the User that you think made the worst overall contribution to the wiki in 2015!

Remember, you can nominate yourself in this one. Please remember to be civil and not to cause drama if possible. Thank you. 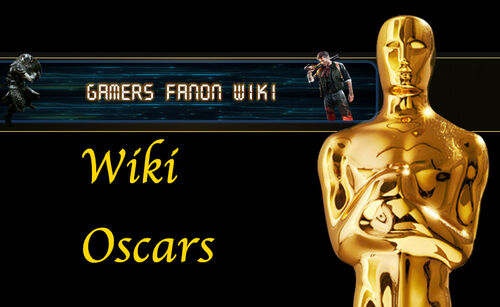 In a mere 31 days, the wiki festivities will kick off with the second edition of the User Awards, which will be promptly followed by the Wiki Oscars. I've been asked about the schedule for the events, so i've decided to just make this as a reference point.

(edited by Captain Ned Edgewalker)
This post is locked.

So, it's late at night and I just came up with an idea to allow swearing in blog comments/comments in general (I'll write an actual proposal later if people like the idea). So, here's the thing: following this thing there was a whole discussion about allowing swearing in the comments of blogs as well, to create opportunites for QOTW or whatever. From what I could tell, the main issue that people had with this was that comments appeared in wiki activity, thus broadcasting the bad words or whatever on to our main page & activity section. So I, have come up with a solution. I create a page banner saying "blah blah blah this comment has swearing or some garbage" and then you can put the comment with the swears in below (provided that said comment follows all wiki rules, no derogatory usage of swear words against other users, etc.). What the pagebanner does is, instead of the swear word quote showing up on our main page & activity section, you instead see the wording from the pagebanner which says "hey this comment has swearing and stuff so be warned pls".

Again, i'll write an actual proposal later if people like the idea, but let me know what you think.

So, this server doesn't have a name just yet (Neddehmod? kek), but to maybe make installing maps & player models less of a hassle, I will be purchasing a 10 person G-mod server from Xenon Servers (assuming enough people are interested/have g-mod) for 3 months.

If the people here who have G-mod are interested, I will waste my money so we can do stupid crap on a 24/7 server for 3 months, which at this point is basically all of summer vacation.

Hey so Im new to this seemingly ok wikia community. I hope I can fit in. I can tell you Im not new to wikia in general and had my starrt possibly dating before this wiki's founding as Ive not heard of this wiki yet. My name is Melissa and right now Im attending the University of Alabama. (Roll Tide!!!!)

Hello my fellow nubcaiks, and today I would like to make an announcment & a super duper poll thing to see if- well you get the idea.

As a result of some conversations last night, I am once again interested in bringing back Quote of the Week, and now, something new. c:

Unlike QOTW, which is mainly for random crap, this new weekly thing will actually have some sort of relation to the wiki! This new weekly thing is called Free Game of the Week, so I'm basically becoming nerdcubed. Or, nedcubed. hurrhurr. FGOTW (wow a long acronym) will be run in a similar way that Quote of the Week is/was run, with some tweaks to the rules, etc.

Now, on to the super duper poll thing. I want to know if people are genuinely interested in me making this new thing, and bringing back QOTW. Or, if people just don't want anything at all, in which case you are all r00d. :'(

So, what are you interested in? Make FGOTW a thing and kiss QOTW goodbye forever, bring back QOTW and just say no to FGOTW, both, or none. this is going to be interesting c:

EDIT: also, with this i nominate myself for the 2015 user awards in the "most indecicive user" category. but i'm not sure.

I was asked to pass this around, because POTCO. kthx <3

In accordance with the recent outcry for change, the MCE Administration has made these changes to the server.

1: Factions is going to happen. People have wanted it from the start, and we are in no place not to deliver. However, this may come at the cost of your total homes. You may have to sacrifice a single home or possibly two - it depends on how much room we have in the end. Certain essentials will be removed as well to make room. Homes will have to be reset. Not to worry, though - city coordinates are being logged. Secret bases and obsidian water towers, however, are not.

2. We are not tolerating these recent actions. After the recent skirmish at Moscow and the obvious annoyance many users are feeling after their bases were blown up, two users will be facing bans from MCEmpires. User: Optivus will be banned permanently and Funnyguy651 is being blocked for 2 weeks. You will not be warned again.

Further updates will be posted below.

Ok, so the grace period was probably the biggest failure yet aside from the administrations other failure to tone down the 1 bajillion mobs that keep appearing at night.

It's so easy to grief- for example- I have a home set in Ned's St. Petersburg. if I so wanted, i could come on at 2 am, go to my home there, grief it to death, tp away, and then say "WELL G DID IT' and nobody would know.

Thats happened to about 5 people now, including Ameroco.

If you want us to build cities, can you at least prove to us that what we build won't be burned down in the morning? let alone not burned down during the GRACE PERIOD?

The whole set 3 homes thing, while it was great for the 'grace (greif without consequence)" period, needs to go. i can easily teleport to like 3 countries bases and could wipe them all out in one night.

There also needs to be teleporation timers- if we ever pvp, i can just TP away when my health gets low.

This is why I suggest the implementation of factions.

and I have a lot more where that came from

Your friendly neighborhood critic (who has run 2 world-class minecraft servers and made the $$$$'s),

Several minutes ago, users Optivus and Funnyguy651 stormed Moscow and repeatedly raided Ned Edgewalker's chests, killing him in the process. Ned was forced to defend his city several times by killing the invaders. This does not Russia's grace period state. There is a difference between defending property and openly attacking.

Optivus repeatedly combat-logged, quickly raiding Moscow's chests and logging out. Action will be taken and Russia will be resupplied.

Since people don't like him, vote here for permanent removal rip in pieces

Hall0 everyone! It is very early in the morning, but no matter! Neddeh must get the forum done.

This is about as simple as it gets. What are some memorable moments that you had on the wiki in 2014?

For me, my personal top moment of this year, is when the chat was invaded by 10+ sockpuppet accounts.

What were some of your favorite moments?

I'd like to suggest the possibility of creating a forums board (whether it be a sub-forum of the Roleplay board or entirely independent) for MCEmpires. This is because, as I'm sure you all remember with the original Seven Seas Court talk page, having a singular talk page with a bunch of different things being added onto it just results in a large, unorganized jumble of random messages.