POTCO Players Wiki
Register
Don't have an account?
Sign In
Advertisement
in: Out-Dated Articles, The Brethren Courts, Pirates,
and 2 more 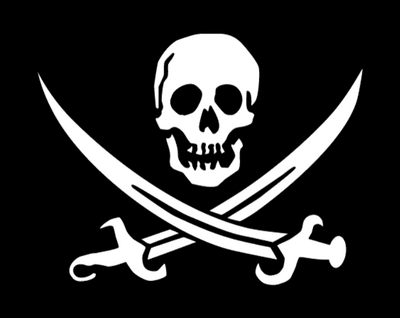 The Brethren Court was a confederation of pirates on The Legend of Pirates Online made up of the Pirate Lords, which serves as the governing body of pirates across the world. They were led by the Pirate King, Richard Cannonwalker.

After the end of the 8th Brethren Court and PotCO on September 19, 1746 (2013), pirate roleplay as a whole stopped and became dormant. While the British roleplayers remained together and organized, many members of the 8th Court moved on to other things. There was nothing more than a few whispers of creating any kind of pirate organizations for the two and a half years that followed PotCO's closure.

In the January and February of 1749 (2016), news arose of another Brethren Court being made by a man named Lawrence Ironhawk. Richard Cannonwalker, the King of the 8th Court, was initially willing to "pass the torch" along to this new Brethren Court and take a step back from pirate roleplaying. However, after hearing of this new Court's non-aggression pact with the British, he decided that they would be an inadequate successor to the legacy of the Brethren Courts.

Throughout the month of March, Cannonwalker recruited and made plans for the creation of the 9th Brethren Court. By the end of the month, he had six lords total. After he finished recruiting, Cannonwalker held a vote between the lords to decide who would become Pirate King; he won this vote, becoming the first ever two-time Pirate King. Cannonwalker and his newly-appointed Keeper of the Code, Finn Hamm, issued a new Pirate Code for this Court to follow as well.

On April 1, the 9th Brethren Court's existence was officially announced to the world. By May 12, after talks with Lawrence Ironhawk, their two Courts had come to an agreement to merge. Certain lords from each Court were demoted and other agreements were put in place.

By June 9, Sultan Mahmud I gifted the entire Ottoman Empire to Pirate King Cannonwalker, causing controversy within the rest of the roleplay community and talks of a British-supported coup d'etat. These ultimately subsided and, after considering the circumstances, on October 6, Cannonwalker appointed Pirate Lord Finn Hamm to lead the Ottoman Empire as a vassal state of the Brethren Court.

By December 9, TLOPO finally released semi-open beta. The Outlanders is created the same day to serve as the Court's main guild. The guild quickly swelled in numbers and eventually recruited the Empress of Austria, Hannah Bluefeather, and the newly-crowned King of the Netherlands, Leonhard Bosch, who both defected from Britain. On December 16, the Netherlands gifted the Court all of their Caribbean possessions, and Russia gifted the Court a couple of port towns in the Mediterranean Sea.

As time went on, interest in TLOPO within the Brethren Court began to dwindle. Activity peaked in late December leading into the new year due to TLOPO's double xp event, but lords began playing less and less frequently on the game due to its buggy nature. Activity within The Outlanders dropped considerably, and the Court went into a decline.

In June 2017, The Court eventually voted to exit land-based roleplay, and entrusted their land with Finn Hamm, who resigned from the Court in order to stay in said roleplay and oversee the lands. In October, The Outlanders begun another resurgence, swelling up in members and activity almost overnight. This activity would dip and rise again, going through the ebbs and flows characteristic of The Outlanders.

On April 27th, 2018, Guildmastership of The Outlanders was passed to the Keeper of the Code, Gabrielle O'Spinner, and the Brethren Court was dissolved.

The code that all members of the Brethren Court must follow, lest they risk being branded a "rogue pirate." 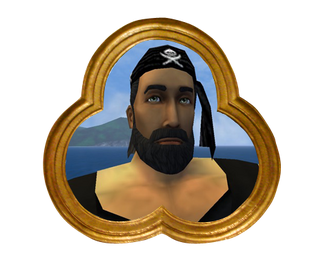 Ahoy! I'm Richard Cannonwalker, the founder and King of this incarnation of the Brethren Court. I was also the King of the last Brethren Court before POTCO closed which makes me the first ever two-time Pirate King. I've been adventuring in the Caribbean since I was young, and I have had my share of adventures. I've taken treasures and weapons that were barely conceivable when I began my life of piracy and overcame some of the toughest obstacles imaginable.

I've been a pirate ever since about a month after POTCO was first released. I've lead many guilds, a few of which were maxed at one point or another. By the time POTCO closed, I was leading a guild called "The Outlanders", which served as the main guild for the 8th Brethren court.

My reign as Pirate King in the 8th Brethren Court was lackluster, but I plan on correcting that this time around. For too long pirates have been considered weak and dovish, but I plan on radically changing that image. No obstacle is too hard for us to conquer, and no enemy is too difficult for us to defeat. Together, this Court will strike fear into the hearts of all who dare challenge us.

Keeper of the Code Gabrielle O'Spinner 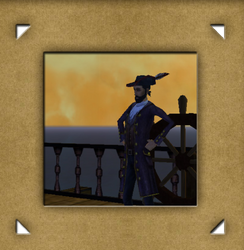 Jeremiah Garland was born the son of a wealthy British merchant in St Albans, England. Following in his father's footsteps, he took up a job in the British East India Company, first as a lowly ship-hand and clerk then as a corporal in the Company's sizeable military. One night whilst on guard duty at Fort Charles, Garland's rebellious tendencies got the better of him; deciding he had enough of life in the company, he began his career as a pirate after he snuck into the commandant's office, pilfered a folio of vital company documents, and escaped on board a stolen company ship. Evading capture from the Royal Navy, the rogue soldier-turned-pirate initially operated as a lone freelance plunderer, but soon found greater success operating in the crew of Captain Richard Cannonwalker. After the latter had proclaimed himself leader of the Republic of Padres Del Fuego, Garland too reestablished himself on the island, which had come to be a safe haven for piracy. After Cannonwalker stepped down, Garland found himself briefly in control of the island, but he too left after a failed attempt to prevent the island from falling into the hands of a massive British invasion in early 1746. Garland and Cannonwalker decided to part ways but kept a steady correspondence. Garland, as well as a few of his loyal followers, sought refuge in Russia, a country with which Garland had several connections. After arriving in St Petersburg later that year, Garland struck a deal with the Russian Court where the former and his crew would continue to prey on unknowing ship routes throughout Northern Europe; in return, the Russian government would turn a blind eye to Garland's piracy and even give him the island of Saaremaa to act as his base of operations. Garland, acting under the alias of a Prussian sea captain named "Klaus von Wroclai", has since wrecked havoc on European ports in the Baltic Sea, particularly those along the Swedish, Danish, and Polish coasts. On April 8, 1749, Garland was summoned back to the Caribbean by his old friend, Captain Cannonwalker, to take part in the 9th Brethren Court, representing the Baltic Sea as a Pirate Lord (and later the island of Port Royal). 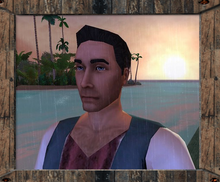 Real name Wolf, his colleagues have dubbed him "Zoomer" half out of respect of his amazing alacrity in combat and half out of not knowing what his real name actually is. Zoomer was born in late 1726 in the slums of Havana, Cuba, to a local lady of the evening and a Navy Cadet. After his father abandoned them when he was only about a week old, his mother attempted to drown him  in the swamps of Cuba. He would survive, however, but only to become a child slave on a plantation.

It was there he met fellow outcasts Ben Badbane and Dog Dockdougal, who, along with Zoomer, would become a sort of family. During the night, the three were taught the ways of Voodoo by Tia Dalma and some basic combat techniques from passerby pirates who would pity them.

One day, the EITC burned down his plantation, and both of his friends would die - Ben beheaded and Dog burned to death - as children. The commander of the operation was Samuel, a known high-ranking EITC officer.

He managed to escape Cuba on stowaway to Padres Del Fuego, Samuel's home island. After tracking him down, Zoomer cornered the unassuming Samuel in Beckett's Quarry, and gutted him with his own knife. He would leave 10 gold pieces amidst Samuel's guts as his "condolences".

He became a petty thief by day, and hired assassin by night. Just about five years later, Richard Cannonwalker and Finn Hamm, leaders of the 9th court, would find him and see the crystal-clear latent potential just waiting to be tapped into in Zoomer. He was recruited into the 9th court as pirate lord at the age of 22.

Zoomer is a master of all weapons - from basic swords to ranged firearms - and the 9th court acknowledges this. He is a callous misanthrope who pledges unwavering allegiance to those he deems the strongest. 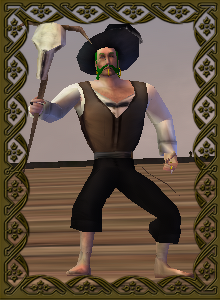 Born in New England, where both his parents were raised, John Foullegend grew to be a strapping young lad. Often doing very well in school, John was offered a scholarship to study to become a sailor in the land of England. Making his parents proud, he graduated as a top honor student. Although his life seemed to be going in the right direction, his life was changed when he went on his first expedition to the Caribbean.

The journey took several months, and when he arrived in Tortuga, he was greeted by nasty prostitutes, scurvy pirates, and dead-beat sailors. Finding this place disgusting, he stayed for no longer than a few days, before setting sail on All Hallows Eve, 1735. Despite the warnings from fellow sailors, he did not believe in bad luck, so he was steadfast in his journey.

It wasn't long before Jolly Roger captured and raided Foullegend's ship, and he was cast ashore on a raft; eventually to be picked up by Richard Cannonwalker, the Pirate King. Little is known about what happened on that fateful night of the Jolly Roger raid, but popular beliefs claim that John is an undead pirate, who becomes a skeleton during the Muertos Moon. Even his parents believe him to be dead, as they haven't recived a letter from him for 16 years.

The Pieces of Eight

The Pieces of Eight are the items each Pirate Lord hold onto and present at Pirate Lord meetings to prove that they are a rightful Pirate Lord.

Note: Still in the process of getting pictures for the gallery

Magistrates are fearsome pirates voted in by the Pirate Lords to oversee specific islands on behalf of the Brethren Court. They ensure that the Pirate Code is being followed and that pirates have as much freedom on the island as is possible.