leader decided to make a army and start raising arms

to make a dominate force. The current leader is

O' Skull and is currently standing strong with new

soldiers coming and bearing arms. With fighting many

The official logo used in the African Militia is a skull with a machete.

Credits go to Call of Duty for the picture I liked it as a logo when I made this. 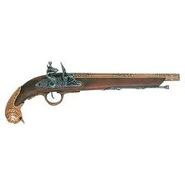 We have a series of multiple normal sized military compact boat.

Retrieved from "https://potcoplayers.fandom.com/wiki/African_Militia?oldid=748606"
Community content is available under CC-BY-SA unless otherwise noted.