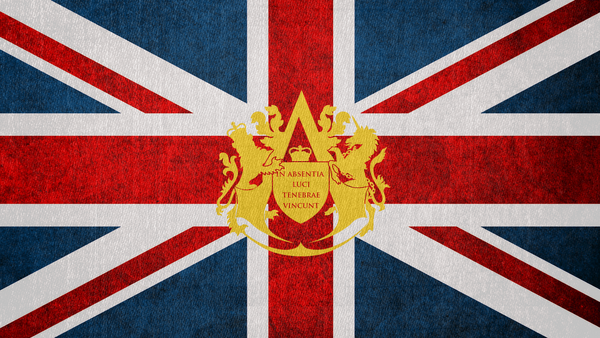 The King of Great Britain, led his men and was a huge voice in many wars defending British soil. Didn't come online much, but when he did, the morales of his men would be boosted to the highest extent.

Breasly's second hand man, Goldtimbers insured Great Britain's success whenever it came to politics, battles, even keeping the men in his Guild in line when fights broke out. Many called this man "The Navy's Therapist"

Not many people remember this man for what he's done, but he will go down as the man that refined Roleplay for the Company, serving under his majesty, King John Breasly. He successfully made many Guilds for the EITC, creating a superpower in the Caribbean. A talented individual.

One of the Companies most accomplished men, when Samuel was terminated, Garland was successful in rallying the men of the Company and Great Britain to one Guild, and then transferring them to Goldtimbers. Without Garland, the EITC would've been much different.

One of greatest Roleplayers to ever live. His impact on the game affected many Guilds, most importantly, the Co. Empire. He would go on to become a leading figure in Great Britain for the years to come, most notably as Lord High Chancellor in HM Cabinet.

Made one of the greatest EITC Guilds of all time, at level 17! Changed the world of Roleplay in the Caribbean forever.

Created the EITC from scratch, basically started EITC Roleplay. Without him we wouldn't have been doing this!

A highly respected EITC Lord, shortly faded a year after his hard work and service alongside Macmorgan in the Co. Empire. Created the EITC Guild, Black Mercenaries, which received much recognition from the High Commanding Officers of Great Britain, and the Co.

Changed the art of warfare that won Great Britain many battles that defended Britain's soil. A respected tactician and warrior. Created a strong Guild in the frontier against the Spanish.

Revitalized the EITC after the fall of the Co./United Empires. Without Captain Leon, the EITC would not have existed past Macmorgan's fall.

He's named after a pokemon, lacking the English language, he rose to the ranks in the EITC for his supreme loyalty and skill. Highly respected by Samuel Redbeard.

One of the EITC's best, everybody loved this guy for his loyalty and mind. One of the smartest Company men to ever exist. Extremely loyal to Breasly, Samuel, and Goldtimbers.

Loyal to Great Britain for most of his life, he was a distinguished sailor and a great friend of Sven, Johnny, and Breasly. Max proved himself on the seas with his mighty ship. Although Max's loyalty shifted towards the end of POTCO, he's still respected by Great Britain for his service.

Britain admired this man for creating the first ever regiment of British marines, he will go down in history as the first man to successfully lead and train a group of Marines. People like Sven Daggersteel grew to power from being scouted and recruited by Johnny. Johnny shortly went inactive 3 years before POTCO's end.

One of the earliest and perhaps one of the greatest EITC commanders in history, Costello single-handedly established the company's first military force in the Black Mercenaries, and is thus a founding father of the British Military as we know it. He'd later achieve greater power in the company, becoming a close friend and trusted officer of Benjamin Macmorgan in the Co. Empire.

Easily the most underrated leader the EITC has seen, Thomas Chipshot begun his career as a private in the Co. Empire. However, after being noted for his natural leadership skills and prowess in battle, he soon rose to become the Co. Empire's leading general, as well as the Minister of War to the Lord Marshal. He was the commander-in-chief of all EITC forces in the Republic Wars, leading the company to victory against Lee Knite.

Perhaps Britain's greatest diplomat, McRoberts has worked closely with a variety of nations – including Spain, Austria, and France. When not negotiating peace, he is known for his skills as a tactician and leader, as seen through his highly successful career as guildmaster of Viceroyalty Co.

Often cited as the "Father of the British Navy", Blastshot's career in the British military dates back to the beginning of the British Empire. He was perhaps Breasly's greatest supporter in the early years, and through his skills as a leader and First Lord of the Admiralty, achieved several victories in a career spanning many years.

Billy was one of the oldest EITC lords to ever live, but manged to stay active until the end of the game. Known for his notorious looting expertise, he always had the top notch gear when it came to PvP or SvS, giving him and his comrades the upper hand in battle. Billy's new pirate, serving the Co. until the last years of POTCO was named Eric.

The first Prime Minister of Great Britain aka Robert Walpole. One of the founding officers of the Co. Empire, Usman was the dark horse of the EITC Golden Age. Never one to exhibit much lust for power, he mostly spent his career hovering in the fourth-in-command zone of the guild, and was one of Macmorgan's most trusted advisors. He displayed himself as an excellent diplomat and negotiator, eventually becoming the voice of the guild.

The charismatic, green-haired heir to the British throne, Edgar Wildrat was one of the earliest and most active figures in Britain's early political scene. He served some time in the company, as well as the British navy, where he excelled and proved himself to be not just a man of royalty, but of skill. His work with Spain led to many peace agreements and ends to earlier wars.

The most un-credited man of the nation. Though his name is seldom mentioned in the giant celebrations of post-war blogs, Blademorgan is probably the most loyal officer I have ever seen. He was never properly accredited for his works, but continued to pledge loyalty and fight for his country.

Retrieved from "https://potcoplayers.fandom.com/wiki/British_Hall_Of_Fame?oldid=753115"
Community content is available under CC-BY-SA unless otherwise noted.