The Caribbean Broadcasting News is the only new organization that is updated everyday for members of the Caribbean to look and to be updated with the latest affairs going around in the Caribbean. The organization however is new and is looking for people to hire so that it can develop and so that it can ve given the latest news going around in the Caribbean. The department is lead by the President of the deparment who is the offical leader and helps develop the news channel for major purposes so that it could be used in the future.NEW Website for the Company! Visit http://www.wix.com/ireland63/cbn

PLEASE NOTE THIS ORGANIZATION IS NEW AND IS LOOKING FOR BUSSINESS PARTNERS TO HELP IT DEVELOP NO MATTER WHAT SIDE THEY ARE ON. 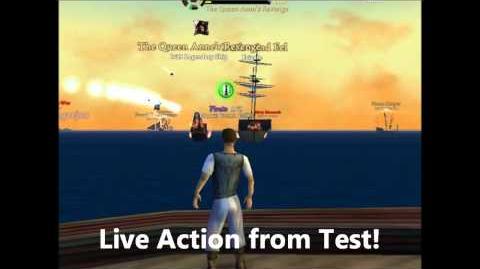 NOTE: Soundtrack not owned by CBN, all rights to the BBC, this is an organization made for fun and for purposes of the Pirates Of the Caribbean online players game

Curycoo who is most famous for founding the Pirates of the Caribbean Online players Wiki today announced that she would be resigning as Wiki President. Being famous for her determination for success and to benefit others many have left comments on commendment to her one year reign as President which finished on the aniversery today. As the former President left she automaticly gave control to Vice President Kat Bluedog who will now be the President of the Wiki as Curycoo leaves. As well as this famously known Tama63 has been given the honour of having a vote to see if he can become Admin. In terms of the Wiki many ask if it will stay the same, or will it change in a dramtic form.

The Wiki-Oscars were announced earlier this week showing which pages the members of the Wiki thought deserved an Oscar. As the voting finished Admins rushed around unlocking the main page to close the vote for the announcment to be made. As the Admins awarded the winners the page banner most people were disapointed with the result however many vowed to return next month with their pages in a hope to be vote . Many popular pages were given awards even the CBN itself which was awarded an oscar for the best page layout. However even though this is new will many think of it as an excuse to hush up the members who do not make the FAOTW?

Wiki-Oscar winners are listed below:

A few weeks have passed since Benjamin Macmorgan took control of the new model EITC after former EITC leader Samuel Redbeard was removed from office. One major problem however is that Benjamin Macmorgan is accusesd of corruption and dictatorship. When Macmorgan came into office he promised fairness to the people of the Caribbean and that he would fight to the end to make sure that everybody have their say, however now he has apointed a Royal family to be in charge of each point of his guild. Nobody knows if King Breasly is to summon a statement to defend Macmorgan or to help his cause however all we can do now is look and see what the future holds for the Macmorgan regime.

Over the last couple of minutes there have been serveral servers returning and then dissappearing.

CaptainGoldvane2 Reports on the sighting of the Queen Anne's Revenge.

The Queen Anne's Revenge was released to the live servers.

The Queen Anne's revenge is a small, but powerful ship. It appears like a treausre fleet, and gives a warning before it arrives.

Once you board, there are three waves of crew members. I only got to see the last wave. There were very tough skeletons, that killed me in a few seconds, so i didn't get many screenshots.

Blackbeard did NOT appear. There was a few bosses(a level 49-52), and some lvl 50 undead ( They looked like a pirate in pvp ), but no Blackbeard.

Exclusive Pictures from the Ship

Front of the ship

The Ship as it sinks(glitch)

King George II is doing a press conference on 5/8/11, at the top of Kingshead, approximately 2:00 PM EST on the server Exuma. To discuss the dischargement of Samuel Redbeard

The New Head of EITC is selected!

Benjamin Macmorgan has been selected as the new leader of the East India Trading Company. "I hope to help the EITC grow, as it is in a state of urgency with Samuel Redbeard being difficult with King Breasly." It was announced on John Breasly's press conference on May the 8th. 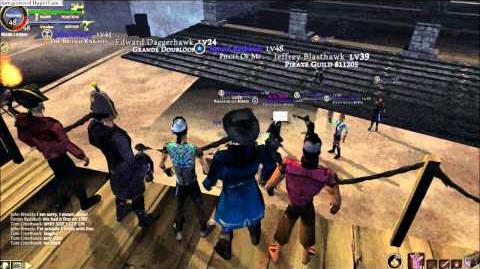 Johnny Goldtimbers Resigns! === Recently, Johnny Goldtimbers has left the EITC. He could not come into the guild with Benjamin Macmorgan, as Leon was in it (A Noted factor, this might not be the only reason.) It came to pass at a small meeting at the docks of Kingshead, with several people asking him to come. However, he did not. His resignation is honored.

It is unknown what he will do next.

Johnny Goldtimbers Not Set to resign!

On asking why he resigned he said that he had not resigned and that it was comepletely false, saying in response, "Outrageous!" He added, "I only considered to only be given an Honorable Discharge."

He also gave an official response:

"I have found that the new leadership in power is corrupt and outrageous, and I have found that I no longer have faith in Macmorgan's government! I call a new seat of government, the EITC Board of Directors! Where equality and order can be restored. And therefor, I Jonathan Goldtimbers, will not, nor ever, resign from power in the EITC! I am not here in the EITC for money, glory, or power! I am here to keep the peace between our trading routes, to preserve the order of the law of England, and finally to protect all who are loyal to the Crown from piracy!"

Reporting the truth and only it.

for the photo archive clickhere. 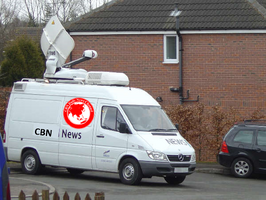 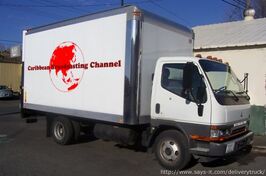 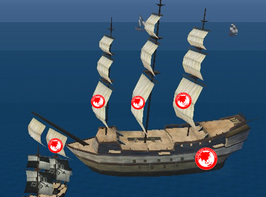 Below are the members of the organization and their job:

President of the Caribbean Broadcasting Channel

What many people may notice is that this organization is growing, a major threat that i believe many may think is that we will tell false information. I say to this that it is not true, we will fight to give you right information in the Caribbean so that each and everyone of you will know. We will fight alongside our other news friends such as the organization that Edgar Wildrat has created for we all share one thing in common, our determination to give out information for everybody.

Here's a userbox for if your a member/reporter:

A Underlined Word means change it to your name/job

Would like to join the Caribbean Broadcasting News as a jobnamehere

This is how, you type this: