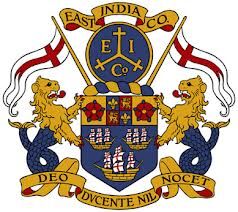 The Co. Black Guard was the official EITC guild for two Administrations of EITC Lord Governors. Lord Marshal Samuel Redbeard  ruled the EITC from this guild during the Paradoxian War (1739-1745) during a major hostile time for the Company. Lord Marshal Johnny Goldtimbers; (who later changed his title to Lord Governor to demonstrate the massive reform overhaul of the Company) whom later restored this guild and established his administration for the ending duration of POTCO.

The Co. Black Guard was created by Leon Goldtimbers (Captain Leon), a EITC rogue whom created the guild to gain support for his rebellions. The EITC Lord Marshal (title later renamed Lord Governor) at the time; Samuel Redbeard devised a plan to acquire ownership of the guild in the elaborate operation entitled CODE named; Operation: Red Raven. During the beginning of the Paradoxian War, Samuel operated out of this guild regulating commerce, oversaw the British Empire's campaigns, and established a strong centralised administration to reinforce the position of power and command throughout the East India Company's empire.  Near the height of the war; Redbeard soon after ordered the creation of a new guild to expand company interests to which was named; Beckett's Elites and placed his second-in-command Johnny Goldtimbers as GM of Co. Black Guard;During Redbeard's command of the Beckett's Elites he was assassinated (terminated); to which his assassins to this day still remain unknown.

Through a remarkable twist; the EITC carried on and with the multiple guilds created under Redbeard's administration; Lord Governor Johnny Goldtimbers ordered the assimilation of all guilds into the Co. Black Guard which grew to full capacity with 50 - 70 members online daily within a month.

Redbeard's guild monopoly saved the British Empire from ultimate defeat at the hands of Spain.

This guild is the main guild of the EITC and the British Empire after the abandonment of British Co. Elites. It held 500 members and was led by Lord Johnny Goldtimbers & his Administration.