EVIL is a group of assassins, EITC traitors, Navy traitors, Pirate traitors, criminals, and evil gypsies. They are against pirates, EITC, Navy , and Undead. They have no allies. They have many battle strategies. They do hit and run attacks, they surround one person with a group of them, and they are hiding somewhere secret. They rarely do hand-to-hand combat but they can do it.

The first EVIL was made long ago. EVIL was created by a man known as "The Mercenary". They attacked pirates, merchants, EITC, Navy and Undead. The EITC and pirates didn't want to join together to help stop them. Jolly Roger and Davy Jones didn't care about joining together either as well as the Navy. Then due to powerful voodoo magic EVIL members could not be affected by the curse of the Flying Dutchman. So the EITC and pirates joined together and crushed EVIL. The Mercenary was killed at Rambleshack. Then the EITC destroyed Ship Docks and the alliance broke

Many years later EVIL came back! They were reformed by a man known as "'The Mercenary's Son". They have been recently spotted on Tortuga. All we know is that they attacked the Boatswain Mansion. So beware of whats next!

The Mercenary's Son had lead an invasion on Raven's Cove. Some of his men messed up and killed a Rage Ghost. Then a huge battle started, destroying the invasion forces. Then Dog Hullbones and some other pirates killed The Mercenary's Son by ambush and then his guards. Soon the entire invasion force was utterly destroyed. Then a secret base in The Cave of Lost Souls was found and destroyed. A week later an underground base on Padres del Fuego was found and destroyed. EVIL was mostly conquered. Some of the members joined the pirates. Some escaped and have not been found. Will EVIL rise up again? Or will it dissolve into the shadows once more?﻿ 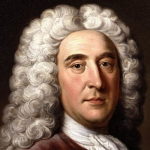 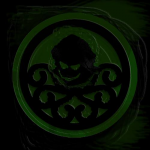