East India Trading Company Enterprises is the official union of the EITC Market Divisions. It was designed by Lord Robert Macmonger and Nicholas De Salisbury as a way to unite the divisions in an official union. This made it easier for the EITC to manage, splitting up the market divisions under the EITCE.

When Lord Robert passed away, sadly his dream of making this company wasn't seen through. Luckly in Lord Robert's will Robert Macmonger was to take control of the EITCSI and the EITCWD and to create this company. This Company will allow all the minor companies to be managed and maintain to high standards.

EITCE Head of Office aka the President of the EITCE 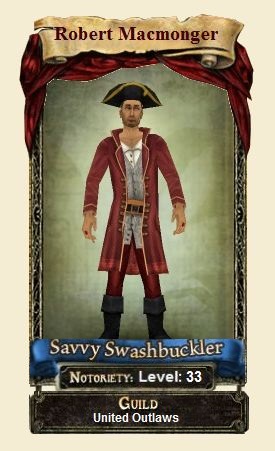 Head of Security - The Head must be an ELITE EITC solider and must be approved of the EITCE Leaders. He manages the security on the offices on Kingshead, Antik ~ Open

Officials ( 2 ) - Both will deal with other nations to trade weapons, ships, etc. ~ Open

Retrieved from "https://potcoplayers.fandom.com/wiki/East_India_Trading_Co._Enterprises?oldid=757124"
Community content is available under CC-BY-SA unless otherwise noted.