The Empire of Fire is a world power with holdings in the middle east, southwest Asia, and north Africa. As one of the three major world powers, it maintains a shaky truce with the Free American Empire against the Restored Norman Empire and Japan, though the alliance's longevity is constantly in question.

The Empire emerged following a violent rebellion against Japan, who had annexed much of the middle east after defeating the Soviets, perpetrated by the Turkish Resistance. The Resistance successfuly drove Russia out of the historical Ottoman Empire, and in the wake of the victory established Sultan Fevzi Çakmakas its supreme leader.

Though comparatively smaller than its two rivals, the Empire regarded as the most vicious world regime with an airforce that far outpaces even the Americans.

The end of World War 2 in 1956 ushered in a new age of rapid expansion, technical innovation, conspiracy, political intrigue, and, naturally, violent rebellion. With their only real competitors, the Free American Empire, devoted to a policy of strict isolationism in the western hemisphere, Japan began a lasting campaign into Asia to "liberate" the workers of the fallen European powers; once the last bastion of the Allied powers fell, its vast territories throughout the continent fell into a state of chaos, with dogmatic warlords claiming dominion over the dominions of the east, subjugating the hapless people to brutal blood tithes.

The Japanese marched from Moscow to the far east, meeting heavy opposition from both the loosely aligned warlords of the region and scattered British expeditionary forces from India. The Siege of Istanbul was an apocalyptic battle that rivaled even the bloodiest skirmishes of the War, resulting from Japanese campaigns driving thousands of Muslims out of northern Africa and forcing them to amass in the ancient city. Islamic prisoners filled Russian-controlled concentration camps in the region as the Soviets seized all Turkish factories.

A Turkish loyalist and Ottoman veteran of the Great War, Fevzi Çakmakas, was but one of the many revolutionaries to amass widespread support in the region, using pseudonyms and clandestine meetings in warehouses and back alleys to speak out against the Japanese. Using savage guerilla tactics, Çakmakas' radicals attacked Russian military bases and raided weapon shipments to fund the rebellion, in hopes of eventually striking against Stalin directly.

The secret society of rebels continued to earn the favor of the people in Turkey, as well as other recent Japanese claims, especially Saudi Arabia and India. By 1963, revolutionary support was at an all-time high, as well as Russian aggression to contain the burgeoning rebellion. It seemed that in spite of every Japanese counterattack and suppressive campaign, the rebels persisted, even thrived; Hirohito and his advisers had only one explanation for their defiance.

Free American convoys delivered weapons, supplies, and hardened military advisers en masse to the African front, financing every branch of the sprawling resistance movement. President Jericho Pelley's involvement in the conflict was long suspected but only confirmed following a skirmish with a Japanese submarine off the coast of South Africa. Stalin threatened to attack America directly for the offense, even threatening the use of nuclear weapons; Pelley ignored every accusation.

One year after the skirmish, the resistance had wormed its way up into eastern Europe and freed Indonesia. Japanese support for the counter-revolution had reached a new low and Çakmakas' indefatigable new air force was relentless in its bombing of military bases. In 1956, Hirohito bedgrudgingly withdrew from Africa and turned its attention to the pacific.

Çakmakas used the new era of peace and American funding to unify almost all of the rebel cells in the region, consolidating their forces into a new world power: the Empire of Fire. A new generation of hardline Islamic warriors was raised with the threat of an impending second Japanese invasion looming over their heads; meanwhle, Jericho Pelley and Sultan Çakmakas met to discuss a permanent alliance between the two powers as a safeguard against future Japanese or Norman aggression.

Unfortunately, Çakmakas, in his drive to defend his new lands from the outside aggressors, ignored growing internal strife, and, in the early '80s, became the victim of a brief military coup. At the head of the Empire was now the fanatical and and imperialist Ahmet Erdogan who, unlike his predecessor, was politically hostile towards both America and Japan. It seemed that a new World War between the three nuclear powers was imminent within the next few decades, with no telling who would emerge victorious, if any of them. 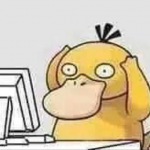