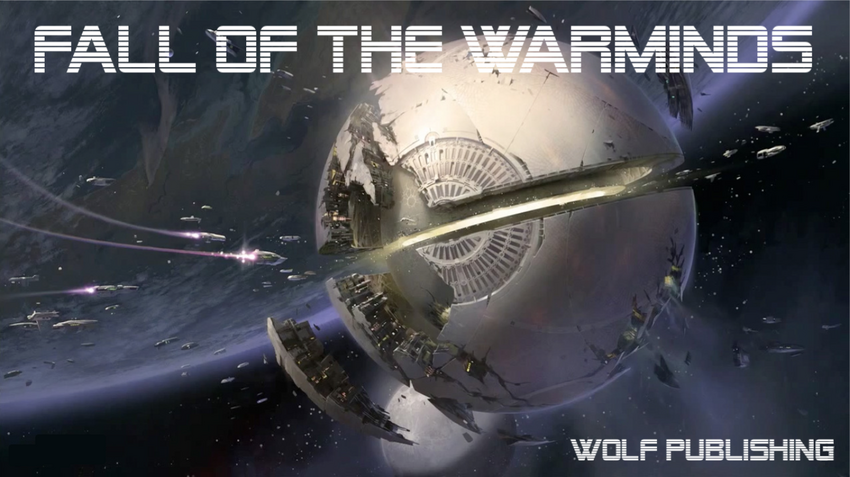 "They were the greatest defense systems ever devised, a massive network of satellites and doomsday weapons built to protect humanity."
— Eris Morn

"They're complete!" a female voice responded.

"Then what is the delay?" questioned the Doctor.

"I don't know. All systems are running at optimal efficiency. Yet... there is no response," stated the voice as the tap of keys near a computer could be heard.

"We cannot fail The City, Doctor Kennedy." exclaimed Doctor Fare. "It is imperative that we complete this machine to ensure the survival of humanity!"

A moment of vocal silence falls, as Doctor Kennedy continues typing on her keyboard.

"If these machines are equipped with an AI core cell, they will become sentient. We cannot risk that, especially in this time of pure devastation." murmured Doctor Fare with a nervous tone.

"Unless an AI core cell is inserted into Tolex, we may never activate him as an automated system," replied Doctor Kennedy to Fare's concern.

"Insert the core... and watch this machine tear us apart from the inside," commanded Doctor Fare.

Doctor Kennedy stepped away from her chrome computer fitted with a blue screen. She walked towards a secure vault within the lab, every step producing an echo from her heels. Every echo drove into Fare's skin like a knife. He could not contemplate the destruction this machine could cause if its sentience superseded its programming. When Kennedy arrived at the vault, she pressed her hand against a scanner. A green flash ensued the screen of the scanner.

A steel door beside the scanner openned, a gust of air escaped the vault. The air lifted Kennedy's solid white lab coat slightly as it bristled through her long brunette hair. Kennedy stepped inside the vault, as Doctor Fare rested his shoulders on an iron rail beside him. His hands clasped on his face, as he tried to contain himself. Kennedy then exitted the vault, the steel door closing behind her as she approached the CPU of Tolex. The CPU itself being a large room so that it may provide enough space for the massive processing power Tolex demanded. Kennedy entered a 50-digit code into a keypad containing more than thirty numbers.

Kennedy then removed a bag from her coat containing her and Doctor Fare's DNA samples. She left them on a scanning board. Then she scanned her eye as the final step.

The massive twenty foot door creaked open at a moderate pace. Inside lied the massive 20-ton CPU unit of Tolex. Doctor Kennedy walked towards an empty block protected by a thick glass door. Upon entering proximity of this block, the glass door opened. Kennedy inserted the AI core cell into the block, the glass door closed. A power beam struck through the AI core cell and various lights and cords lit up around the CPU of Tolex. Gears were spinning and the constant hum of the CPU working filled the halls of the laboratory. Kennedy walked towards a computer access terminal in the CPU, letters filled the screen.

Doctor Kennedy's face lit up with joy, the Warmind has been finally utilized.

Doctor Fare took a sigh of relief, Tolex had not become a self-destructive death machine.

"Send the report to The City, we have accomplished a great milestone in our history." ordered Doctor Fare.

Kadi 55-30 was standing in her booth, filing through thousands of messages and packages. As she tapped on her terminal screen, a red flash filled the booth. In bold letters it stated,

In another section of the Tower, Lieutenant Sherman stood on a balcony overlooking The City. A vibration occured on his wrist, he raised it brandishing an electric futuristic watch, a guardian-exlucisve marketed as Communicators. Sherman tapped it once. A hologram of Kadi 55-30

Lieutenant Sherman pressed on his communicator and quickly walked towards the Postmaster Booth in the Tower Plaza. Kadi 55-30 handed a holographic tablet to Lieutenant Sherman while simultaneously tapping on her terminal screen. Sherman returned walking and exited the plaza via a flight of stairs. Entering the Hall of Guardians, he walked passed Lord Shaxx and Arcite 99-40. He entered the Vanguard lobby, walking past Ikora Rey and Cayde-6. He approached Commander Zavala.

"Hand it over," re-ordered the Commander.

Lieutenant Sherman passed the holographic tablet to Commander Zavala. Zavala pressed on it once.

Zavala removed one of his gloves, revealing his blue, fragile skin worn from years of warfare. He pressed it upon the tablet, a line passed across the screen representing the scan.

Immediately a flourish of messages and files popped on the screen, Zavala navigated throughout them whilst making judgements on which were the most crucial for his precious time.

"They actually managed to complete the warmind. Excellent." murmured Zavala. "It's only a matter of time until we can fully utilize the full potential of the warmind."

"Warmind: An intellectual network of supercomputers programmed for the ultimate defense of Humanity." informed Zavala.

"More than that, some handle logistics while others handle espioniage. Essentially they make the fight a lot easier for me and you." replied Zavala.

"Then what is this warmind designated for?" inquired the Lieutenant.

"This warmind is named Tolex, a defensive warmind designed for protecting life." responded Zavala. "As Commander of defensive measures, I have been automatically assigned total authority of caretaking the warmind and ordering it."

"Then what is our first move, Sir?" asked the Lieutenant.

"The Darkness crawls close to us every second, we'll task it to Earth first. Here it will be used as a protective force for The City." stated Zavala. "Send the command to their lab."

Lieutenant Sherman exited the Hall of Guardians and returned to Kadi 55-30.

"How can I help?" asked the Postmaster.

"I need to rely a command to the lab where the high-value package was delivered from. Make it quick" stated the Lieutenant.

"Right away. What is the command?" asked the Postmaster.

"Attention, Warmind Tolex must be dispatched to The City under the jurisdiction of Commander Zavala. React immediately." noted the Lieutenant.

"Command delivered Lieutenant. Anything else?" asked the Postmaster.

"That is all." stated the Lieutenant as he returned to Commander Zavala.

Retrieved from "https://potcoplayers.fandom.com/wiki/Fall_of_the_Warminds?oldid=731088"
Community content is available under CC-BY-SA unless otherwise noted.