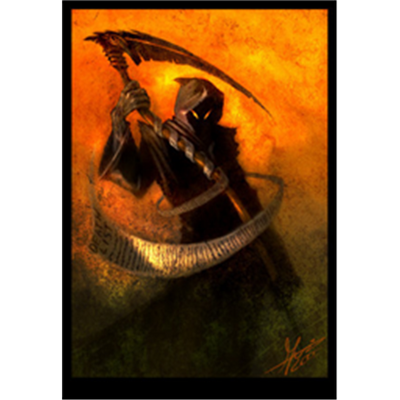 Fear is a Undead Reaper boss but pirates and survivors call him the Fear Reaper. He lives in the Cave of Insanity preying on the person's desires and then ends them by taking their souls and throwing their bodies to the Hell Hounds within the cave. He is the source of the insanity that the cave manifests and then makes people see what they want to see. He's the most powerful Undead Reaper boss on Isla Inferno. He is level 62. He uses fear to make his enemies come to him. He never goes outside the cave because the curse doesn't allow him to leave. Although he is rumored to enter the dreams of people and makes them have nightmares. When you approach him you'll hear his laughter then that'll be that last thign you hear!

Nobody has even dared to enter the Cave of Insanity without losing their minds. But he drops his Fear Sword that gives the ultimate power of entering the dreams of others and controlling them. But he drops it in a loot skull chest.