The Free American Empire is a one-party unitary state encompassing much of north and central America. Established during the Second World War, the incumbent President William Dudley Pelley of the country once known as the United States declined to intervene in the conflict and instead reorganized into the Free Empire, a radical consumerist and xenophobic regime bent on unifying the Americas to defend against Axis and Allied threats.

After a brutal two-decade campaign to conquer the Americas, the original fifty states remained intact and permitted to relatively self-govern while annexed countries such as Canada and Mexico lost all semblance of autonomy. Today, the Empire is mostly isolationist, sustaining itself through fiercely protectionist trade policies and free-market industry guided by focuses administered by the ruling party of the Silver Legion.

It is currently the leading nation of the Pax Americana faction, a military alliance comprised of the Empire and its holdings in the western hemisphere. It is regularly at odds with the Soviet powers, particularly in the middle east and pacific islands; considerable nuclear armament of both factions makes full-scale land invasions impractical, though territorial disputes in less-developed regions of the world are common.

Territories which have their own governments but follow the US constitution and pay federal taxes:

Territories which do not have local governments and are directly controlled by the federal government:

Technically independent nations who are legally obligated to serve the wishes of the federal government as members of the Pax Americana:

As the Great Depression entered its eighth year, incumbent President of the United States Franklin D. Roosevelt pushed to implement his New Deal policies. Though highly successful in reality, a series of newspaper publications and radio shows launched a campaign to call into question their authority, fabricating false statistics about Americans refusing to work and various minority groups soaking up most of the benefits of social security and other programs. These publications were written by influential journalists and pundits at the behest of the Silver Legion, an extreme right-wing party with ties to the old Confederate States and, purportedly, Nazi Germany.

The unopposed leader of the Silver Shirts (as they were called) was the firebrand journalist William Pelley, who spent months campaigning in states hit hardest by the Depression, but especially the south, where racial strife was still quite apparent. Several mass-lynchings in New Orleans were blamed on the Legion, who quickly denied the allegations, claiming to be "a party of peace, foremost." Pelley rapidly shifted public opinion of FDR, who dismissed the hothead critic as a fascist.

In late 1935, Pelley announced his candidacy for president in Louisiania. He largely continued his previous strategy of campaigning nationwide, using inflated statistics and outright baseless claims to discredit the New Deal, also praising the Nazi party of Germany. Calling his opponent a warmonger, Pelley appealed to the growing isolationist sentiment in the states, while pundits regularly published his anti-semitic and xenophobic rants as evidence of his unelectability and pollsters predicted a landside Democratic victory.

Come November, Pelley scored a tight popular and electoral victory over Roosevelt, whom he spent a year locked in a political cage match with. Inheriting a divided nation, President Pelley stuck to his isolationist promises and rolled back many of FDR's New Deal policies. Domestically, industrialized much of the deep south, particularly Louisiana, which became a commercial juggernaut that challenged the likes of New York in a matter of decades. Defense spending spiked - as did secret funding of the clandestine Manhattan Project.

The United States strengthened relations with Japan and Germany, who previously feared that American invervention in the war could tip the scales out of their favor. Facing the battered and broken Allies, the Axis ran rampant throughout the world; Germany steamrolled through Europe, while Japan conquered much of Asia. All the while, the Soviet Union fought a war on two fronts, fighting desperately to defend its vast borders from the two fascist powers.

By 1942, the Soviets retreated to central provinces of Russia as Japanese and German troops approached them from all sides. All eyes were on the United States, who had no pledged support to either side of yet. To the world's surprise, however, a matter of months later, the US defied global expectations by undergoing an earthshaking structural transition from the United States to the Free American Empire, with Pelley exerting direct control over all foreign and domestic affairs. The Empire immediately annexed Mexico. 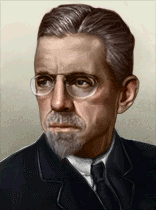 From Mexico, the army marched through central America, giving all countries in its path the simple ultimatum of surrendering to the Empire as a member of its new faction, the Pax Americana, or being forcefully invaded. Guatemala and Honduras were almost immediately crushed, while Nicaragua submitted to American rule. Meanwhile, in south America, Venezuela, Peru, and Colombia underwent regime change of their own, quickly pleding their allegiance to the Pax.

The largely resistance-free march into the lower Americas persisted until the military reached Costa Rica, who enlisted the help of the United Kingdom. Not seeking to be caught between the two powers, Cuba, the Dominican Republic, and Ecuador joined the Empire; with Cuba and the Republic's help, imperial forces successfuly invaded and subjugated Haiti.

Now at war with the Allies, Pelley decided to leave a respectable garrison behind in his central American holdings and turned his aspirations north to the British puppet of Canada. The invasion force, led by General Douglass Macarthur, marched into Toronto, meeting heavy Canadian resistance. As the nation's capital was inevitably relocated to the fortified Montreal, Pelley neglected to press the invasion, instead choosing to showcase the might of his new Empire by launching the world's first nuclear warhead directly at the city. Canada immediately submitted to American rule as the Pax Americana began full-scale war with England, maintaining a shaky truce with Japan, who had Russian troops on the run.

English intervention in Pelley's American conquest was met with more public opposition by the day. King Edward VIII, discontent with his limited involvement in British politics, campaigned across the isles garnering support from povertous workers and rich investors alike; taking a page from his close correspondent William Pelley, Edward vowed to withdraw the country from the war and strengthen relations with the new emerging world powers, including Japan and America. A brief civil war resulted with Edward VIII's ascension to a position of absolute power, and began his conquest of Europe as the new British Empire.

President Pelley died of natural causes in his sleep in 1955, just months after staging a covert invasion of Greenland led by General George Patton. The invasion was hard won at the cost of thousands of American lives, but their secret capture of the territory gave them the foothold they believed would be the key to striking the resurgent England, whose imperial interests, they feared, would be a long-term threat to them. In 1956, an impromptu "election" for president was held, resulting in a landslide victory for Pelley's only son, Jericho.

Jericho largely picked up where his father had left off as far as foreign affairs, but enacted much stricter social policies than his predecessor. Southern Baptism was established as the Empire's official religion, with all religious or political dissent punishable by public torture or execution. The much-anticipated invasion of the United Kingdom from Greenland was also an objective failure, following reports of American forces marching in the region reaching Churchill via reconnaissance planes. As a consolation prize, the Empire successfuly annexed Iceland, establishing it as a permanent check on potential British invasions of the Americas. 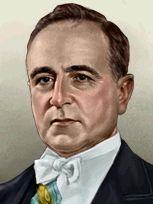 The day of the dreaded English incursion never came, and though Jericho stayed hawkish, he used the resulting era of relative peace to focus inward. The looming threat of war had invigorated the stagnant American economy, but, now that world tensions were gradually dying down, the market's fire had to be lit once more to stay competitive. Tariffs were instated, most industries were privatized, and massive American corporations gained more and more clout within the already minute government. Corporate profits and national output soared; the coveted American middle class was not so fortunate.

As Japan swept away the last remnants of fascism in Asia, Hirohito began to question Jericho's leadership, privately stating that the president had neither the charm, savvy, or strategic wit that his father possessed. The Japanese tested the strength of the Empire by intercepting several American convoys off the coast of Alaska; the furious Jericho wasted no time, rallying the pacific fleet to retaliate a mere hours after the Alaskan incident.

Naval and aerial skirmished immediately broke out in the pacific, especially in and around Hawaii, which was quickly turned into a wartorn badlands. Meanwhile, an invasion force led by an aging General MacArthur marched into Africa, beginning a decades-long campaign to take the continent from the Japanese and British. Neither side made any actual progress in the resulting war between the Pax Americana, Restored Norman Empire, and Japanese, which finally ended in 1984 with the Treaty of Pretoria, begrudgingly signed by all three leaders. The Treaty guaranteed the indepence of several pacific nations, much to the outrage of Emperor Hirohito, who previously had designs to conquer the pacific.

Years later, after years of social and economic "reforms," Jericho finally died of a heart attack in New Orleans in 1996 at the tender age of 85. An emergency election was held immediately thereafter; with a stunning 99% voter turnout, the middle child of Jericho's eight sons, Aaron-Burr (named after the controversial founding father) was named the new president of the Free American Empire, amassing a suspicious yet impressive 95% of the popular vote.

Aaron-Burr Pelley was much younger than both of father and grandfather at the time of their ascension to leader, and was publicly perceived as quieter but no less, if not more, of a strong leader than his predecessors; a Seattle paper described him as having William's wisdom and Jericho's cunning and political tact. The new president strengthened trade relations with the Restored Norman Empire and implemented education reform in the Americas, hoping to usher in an era of long-lasting peace.

As the current leader of the Free American Empire, Aaron-Burr's inoffensive presidency has not resulted in any spectacular military victories or political intrigue, but his reforms have at least improved the sustainability of the burgeoning young nation.