Joseon Provence of the Swiss Empire 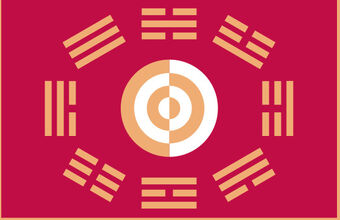 ​Brothers to the Emperor 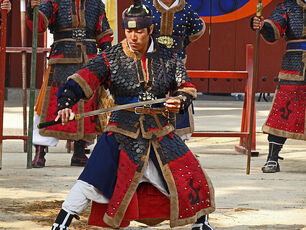 "When in course of human events, it becomes necessary for the strong and intelligent to prosper and grow away from the crumbling environment of other monarchies and other forces to become more powerful, wiser, and stronger. Through the stages of creating the foundation of our government and country, we will lack respect, fear, and power. Yet, the theory of evolution states that only the strong will survive. That doesn't mean the strong can get their asses kicked by the underdog. That doesn't mean the underdog can become stronger and become superior.

Our philosophy: Every man; rich, middle class, or poor shall be treated equally by the standards of laws. One emperor should not hold absolute power, but shall be allowed the void ministers', councilors', and mayors' decisions and philosophy.  A mayor and will be stationed at each province, each town will hold a governor, and a council at each region. Due to this, one emperor cannot hold absolute power to execute evil and devilish actions.

He weakened our land.

He plundered our trade ships.

He crumbled the government.

He treated us without quarter.

He ransacked our towns.

He kept us under unhealthy conditions.

We were the so called 'lesser people.'

He murdered without reason.

Due to these sins we have brought forth, we declare our independence from evil. By the authority of the good people, we free ourselves from the commands of the higher power, and bring forth a new higher power. All previous political relations must be dissolved. As Korea, we will know prosper under a new government, new territory, and a new life. Thus, with this declaration, we become, the independent Empire of Korea!"

​All other nations unknown, please comment on the page if you would like to make an alliance, trade agreement, etc. Thank you!