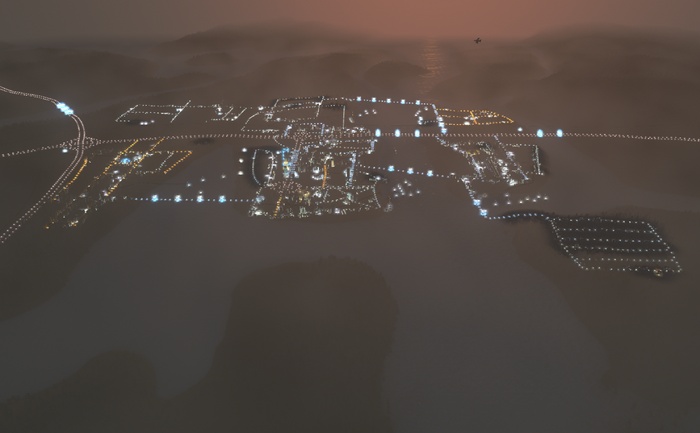 Greenhollow is the Cities: Skylines city made by Captain Ned Edgewalker. It currently has a population of 44,415. It is the successor to Westbrook after the save file for it was accidentally deleted.

Greenhollow was created on February 18, 2016 after Ned lost the save to his prior town, Westbrook. The city is almost entirely powered by water turbines, with the exception of a nuclear power plant and a coal power plant. The city has 3 districts, the Bowie District, the Canuck District and Industrial Island.

Retrieved from "https://potcoplayers.fandom.com/wiki/Greenhollow_(Cities:_Skylines)?oldid=755875"
Community content is available under CC-BY-SA unless otherwise noted.