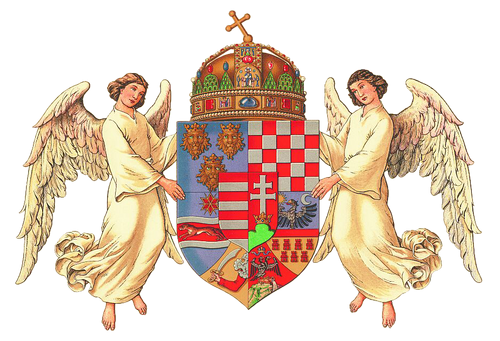 Hungary, currently occupying the Pannonian Basin, all of the Hungarian Plains, all of the Transdanubian territories, and the Carpathian Basin, is an absolute monarchy.

Following a Celtic (after c. 450 BC) and a Roman (AD 9 – c. 430) period, the foundation of Hungary was laid in the late 9th century by the Hungarian prince Árpád, whose great-grandson Saint Stephen I was crowned with a crown sent by the pope from Rome in 1000 AD.

Hungary, having a large plain area, mainly contributes in crop production to the outside world. Wheat and Corn make up more than 2/3 of the goods exported from Hungary, which is 3/5 of the wheat and corn supply of Europe. Without the agricultural benefits of the Hungarian Plains, Europe would have to import goods from Asia, which could make transport and taxes difficult, along with the relations between the two competing monarchies.

Hungary has the almost world dominant Caucasian group mostly, but some people are from abroad, most of which are from a Roma descent (more commonly known as gypsies).

Retrieved from "https://potcoplayers.fandom.com/wiki/Hungary?oldid=739972"
Community content is available under CC-BY-SA unless otherwise noted.