The Medallions of Sight were made by Aztec voodoo priests to hide the city of Tenochitlan when the Spanish invaded. It was originally made for officials and spies to get in and out of the city. But soon, when spies began getting captured, the Spanish got in control of them. They sent a special force to invade the city, succeeding in capturing the priest who created them. They forced the knowledge out of him. When the Spanish invaded the Caribbean, they had a large stock sent to Padres del Fuego. On an undead raid, their stock was stolen, and their maker was kidnapped. He was turned undead and forced to make the Medallions for Jolly Roger. He hides his undead islands using them. He creates Cursed Fog to hide the islands.

Note: This is a sailing item 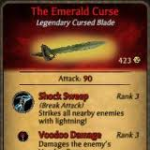 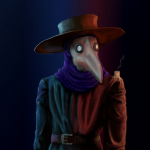