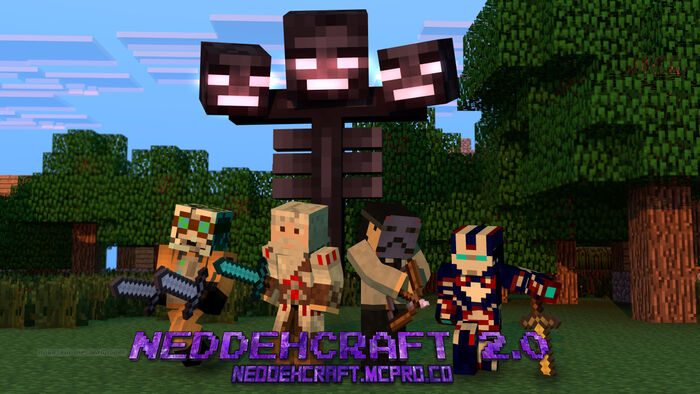 NeddehCraft 2.0, usually referred to as "NC2" is retrospectively regarded by many wiki users to be one of the best wiki-servers ever hosted. NC2 introduced the minigame Cactice to the wiki, which has since become a popular game frqeuently played among wikians. NC2 also introduced RPG concepts that would be used for other wiki-servers created by Ned. The Herobrine storyline created by Ned and Benthamic was also the inspiration for Bens' story Invidere, which is regarded by some users as one of the best pieces of content in the wikis' history. This story spawned its own universe, a series of Minecraft stories and other content that continues to populate wiki activity many years after the servers' demise.

This section was written in the summer of 2015 as the servers' lifetime progressed, and isn't necessarily an accurate historical recount of NeddehCraft 2.0

Ned previously hosted the server NeddehCraft, which had turned out to be a failure. Months later, people wanted to start up another wiki server. Ned had the resources to do so, so Ned made NeddehCraft 2.0. The server itself is completely different from the original NeddehCraft, lacking things such as a shop, challenges & even a sophisticated spawn area.

On June 17, a decision was made by Ned & Deviser that would immediately change the landscape of NeddehCraft 2.0. Ned & Deviser added a Herobrine plugin, which would enable a Herobrine AI which is completely independent, and can do whatever it feels like. This was added to replace a lack of PVP because the server is small.

On June 22, Herobrine was removed because the server itself had updated to 1.8.3. Storylines are being controlled by the Staff as of the 22nd, to keep things interesting.

On July 9, Ned announced that along with the cactice minigame that was built by fellow admin BronzeBastard, Ned would be rebuilding the only challenge from NeddehCraft 1.0 that was never successfully completed, Parkour Hell. BronzeBastard also created an arena that sits on top of the nether, where you battle various custom mobs.

On July 13, Ned advertised the server on multiple websites. The server was noticed by multiple people on Planet Minecraft, which resulted in the ban of multiple modders/hackers on NeddehCraft. It did, however, have some immediate success, bringing some new non-modders/hackers to the server, who later joined The GWs.

On July 14, Ned told Cannonwalker about how, at the time the Herobrine plugin was removed, there was still a "final boss battle" with Herobrine. Cannonwalker, realising this, approved of Ned turning the plugin back on for the final fight. The next day Cannonwalker received a diary, supposedly from one of Notch's men, telling how Notch's men were afraid of Herobrine, before telling them the coordinates to where his body was hidden. Cannonwalker, TheNextMaster2 and Ned himself (in survival mode) geared up and went to the coordinates given to them in the book (Lith was given the duty of taking screenshots). When they arrived, they discovered the diary was a rouse set up by Herobrine to attract them to his tomb and awaken his body.

Ned went to the surface and discovered Herobrine running around, prompting a boss battle between the three and Herobrine. After several minutes of fighting, being possessed by Herobrine, and nearly dying, Cannonwalker delivered the blow that finished off Herobrine. Among his loot was a book, titled "Read Me", which detailed how the entire story was fabricated by Ned and Lith, as the plugin didn't do enough; this text also revealed that the supposed "Herobrine" the group was fighting was actually Lith himself. Cannonwalker and NextMaster split the loot dropped by him before going their separate ways, until not much later in the evening.

Later that day, despite some opposition from users, Ned named Mallace the third NeddehCraft 2.0 admin.

NeddehCraft 2.0 officially closed on July 31. However, it was revealed on August 22 that the license for the server hadn't run out yet, so Ned turned the server back on for a few hours for Cannonwalker, BeastDudez, TheNextMaster2 & Bronze_Bastard to bid farewell to the server.

Although NeddehCraft 2.0 is first and foremost a survival server, there are a few warps, challenges & minigames created by the admins. 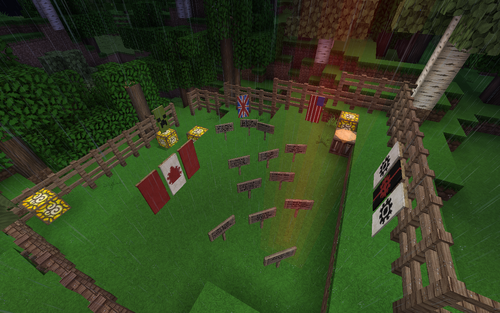 Quite simply put, this is the spawn area, where you respawn if you die and spawn when you enter NeddehCraft 2.0 for the first time.

The exterior of Parkour Hell

The interior of Parkour Hell, still under construction.
Add a photo to this gallery 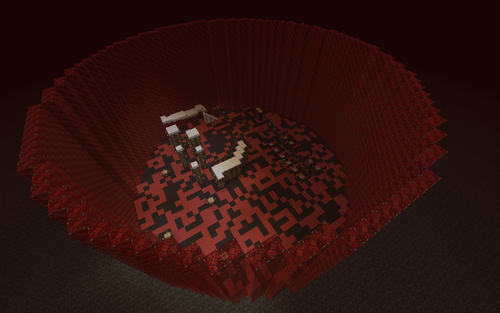 "Warriors and scoundrels everywhere are invited to test their wits and strength in the NeddehCraft Battle Arena, where an army of my finest creations are waiting patiently to gruesomely devour you. You'll be given a complimentary set of the finest armour I could find in my nan's closet and use it to defend yourself against my little pretties. Each head you collect will improve your final score by the end of the round, granting you untold riches and other various spoils of war. Whether you're four or 104, all are welcome to die gruesomely claim eternal glory and fame in my arena. I've been informed four-year-olds are not allowed in the arena. Sorry." 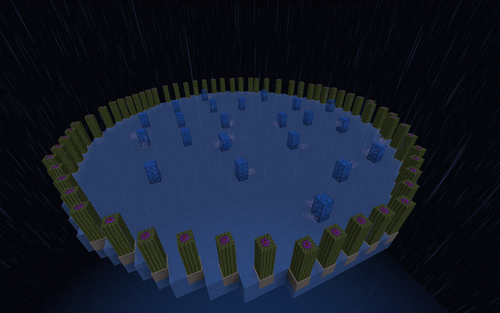 Cactice is a game in which players must successfully knock opponents off of the platform made of ice, surrounded by cactus. Players are given special sticks at the beginning of each game, each of which has a knockback III enchantment.

Retrieved from "https://potcoplayers.fandom.com/wiki/NeddehCraft_2.0?oldid=757576"
Community content is available under CC-BY-SA unless otherwise noted.