The Ottoman Empire, officially تهي يتيرنال يمپيري  (Eternal Empire) and alternatively referred to as the Turkish Empire or simply Turkey, is a nation with extensive territory within the Middle East, Central Asia, Eastern Europe, North Africa, South America, and Southeast Asia. One of the largest countries in the world, the Empire was temporarily abolished and then reemerged as a result of the 1750 Treaty of Moscow, which formally ended the interregnum state of the Adriatic Empire and brought about a military pact with The Polish-Lithuanian Commonwealth.

The current reigning Sultan is Erdoğan I, known by his anglicized name of Adrian, heir to the previous caliph Ilyas Dana Halil and successor to the Osman dynasty.

Officially, the Ottoman Empire is an absolute monarchy in which the Sultan and the Imperial Council have full control over the state and all its assets. Most trade activity is nationalized and certain economic sectors are heavily subsidized to account for state economic quotas.

Turkey has been described as an authoritarian regime with deep-seated elements of both Turkish and Sunni Muslim nationalist populism. Despite this, Sultan Erdoğan has agreed to give asylum to the stateless Kingdom of Haven, granting them dominion in the ancient city of Cairo whilst remaining under strict Turkish suzerainity. Additionally, while conversion to Islam is encouraged, majority Christian Ottoman vassals are permitted tolerance, provided that they pay a "religious tax" to the central government. Today, the cities of Cairo, Athens, and Sofia form a triumvirate of more tolerant and progressive local governments in sharp contrast to the more rigid and nationalist populations in Asia Minor and the Middle East.

Conquest westward into former Persia, Afghanistan, and the Central Asian states have propelled the Ottoman Empire into its most prosperous and expansive condition in its entire history; Erdoğan, citing Peter the Great of Russia as his inspiration, embarked on a large-scale campaign to "westernize" the Empire upon his ascension to the rank of Sultan, entailing large-scale modernization efforts for the military and navy and the rapid establishment of overseas colonies. Ottoman control over the former Silk Road region, heavy colonial presence in the East and West Indies, and the introduction of western concepts such as banking institutions and widespread use of the printing press have put the Empire in a favorable position conducive to long-term fiscal and social stability.

Like its predecessors, the Umayyads and Abbasids, the Ottoman Empire is considered the sole governmental authority of Muslims across the world, and its Sultan Erdoğan has asserted his role as supreme caliph and successor to the prophet Muhammad. 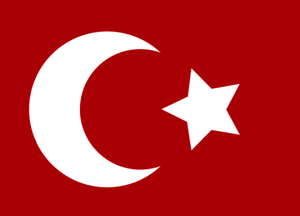 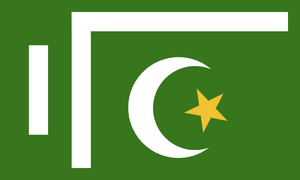 Imperial Standard of the Ottoman Empire 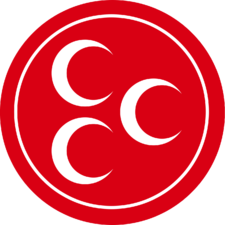 Naval Ensign of the Ottoman Empire 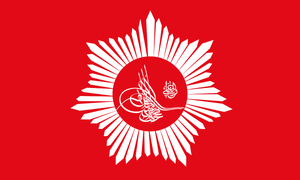 Caliphate Standard of Sultan Erdogan
Add a photo to this gallery

Above: Mainland Turkey in dark red, with important cities marked by ★ (Cairo Protectorate in Light Green) 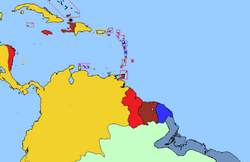 Southeast Asia
Add a photo to this gallery

The Ottoman Empire possesses two main colonies: the Ottoman West Indies (including Haiti, Suriname, and various Caribbean islands) and Turkish Malaya in Southeast Asia. The OWI and Turkish Malaya are technically joint-stock companies similar to the British East India Company, comprised of private merchants working on behalf of the Ottoman government. Additionally, the Arabian, Egyptian, Wallachian, and Azerbaijani Eyalets form semi-incorporated puppet governments of the Empire, mostly administered by trusted locals rather than Turkish officials to ease ethnic tensions in their respective provinces and cut administrative costs associated with expansion into treacherous territory. 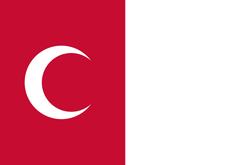 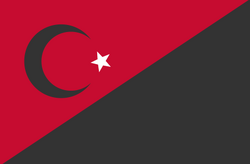 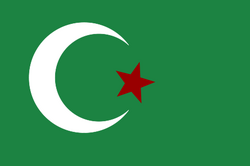 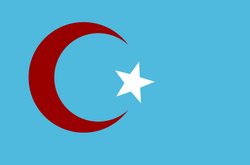 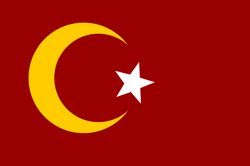 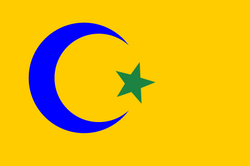 Wallachian Eyalet
Add a photo to this gallery

A massive country spanning nearly 8 million square kilometers with holdings in 6 continents, mainland Turkey encompasses the entirety of Asia Minor and the Middle East as well as the majority of Eastern Europe and North Africa. A young seafaring empire, Turkey uses its vast holdings to ensure virtually complete naval dominance in the Eastern Mediterranean, the Red Sea, and the Persian Gulf, and shares control over the Black and Caspian Seas with Poland-Lithuania.

The Empire protects its expansive borders with natural boundaries; its control over North Africa ensures a constant naval presence throughout the Mediterranean, the Danube River protects its Eastern European buffer region, the Caucasus Mountains restrict movement into and out of its central northern provinces, and the immense swaths of desert in Central Asia make approaches from the east difficult.

Additionally, while not a major colonial power, Ottoman holdings in the Caribbean and Oceania grant access to even further territorial and mercantile expansion.

Retrieved from "https://potcoplayers.fandom.com/wiki/Ottoman_Empire_(TLOPO)?oldid=753631"
Community content is available under CC-BY-SA unless otherwise noted.