Jim was born to and extremely wealthy family which his parents owned the island in 1721. He lived and played in Raven's Cove but three years into his life, the island was invaded by first Lord Cutler Beckett and the EITC then Jolly Roger both claiming to give them the island or risk death. After three weeks the two leaders showed up claiming war, his parents shipped Jim off with his second Uncle Daken under a British navy ship, the Island sank due to war and a Curse. They were attacked while on their way to Tortuga to start a new life, Jim made time fly playing with a Jewel encrusted Dagger which was given to him by the ship's captain James Sterling their time to Port Royal was stalled by other Pirates and the EITC. Instead of spending a year going to Tortuga they instead spent many years getting put off course, when they finally arrived in Tortuga when Jim was 15, his Uncle died during a pirate raid Jim would keep the dagger James gave him safely at his side at all times. Jim took many jobs as managing, shipbuilding honest living jobs, but nothing made him happy but stealing and making profit, the second Jim got enough to buy a sloop he shipped out to Ravens Cove to see his parents but was arrested for travelling with illegal rum and having an illegal stowaway, by the name of Ned Edgewalker. After about 3 months Jim awoke in a jail cell with Captain Jack Sparrow a family friend of his parents who helped him out of jail. after about a year getting his money back he started truly being a pirate. Two years later. Jim Logan was discovered by the Assassin's Order, in which Jim joined and in a year became a Mentor in the Creed. Jim also took the Assassin Brand on his right finger and a pirate brand on his left.

At some point in time, Jim was enlisted into the Royal Navy, and during the mission, his ship was attacked by Lady Trish of the Red Queen, which Jim was captured by the enemy and forced by the captain to bring her to his sister Kitty, which he reluctantly did and witnessed his sister die in his arms. After the mission, he fell in love with Trish, who revealed her real name to be Rose.

Unknown point in time, pirating, working for the EITC and Pirate once more.

Captain Jim Logan. became a Pirate, Working for his brother, Admiral Victor Creed Logan, shortly after he started working for his brother he started getting close to a few friends, such as Blood Sword,Scarre,Duchess of Anemosis,Pearson Wright, Charles Raidmalley,Charlotte Mcsilver and Kimberly Jasmine. during his time working for his brother he started the Illustrious Front Lines to combat the Skull Clan, beat them, and after a few months of "peace" Lord Leon approached him ordering to join the EITC or he would delete him and the Duchess, Jim then worked against his will for the EITC until he saw an opportunity, the Dragon Pearls, as he sent the whole guild on a search, they were left thin and the Francis Brigande, Palladin, and the remnant of Skull Clan attacked and Jim Left the guild in the confusion. Jim then continued his Pirate Career although his brother temporarily left the title of Pirate King to the hands of Jack Swordmeance and Jim kept his title as Commissioner of the Pirates. Jim automatically started Plundering for money. Around the Time of the Elites Of the company vs the 5th Brethren Court Jim was running a successful new rum running business, but was shut down due to all of Jim's workers being killed in a large sea battle against the EITC Fleet.

War with the EITC and Joining the 5th Brethren Court

After seeing the deaths that the EITC has been causing around the Caribbean, Jim had started his own war against the EITC sinking ships,killing their men and holding others for ransom. until he saw he could no longer battle this threat himself he started searching for the 5th Brethren Court.After seeing that not even the 5th Brethren Court could beat the EITC Jim attempted to use the Dragon Pearls to wish for the EITC to disappear but was stopped by Lord Leon. Who wished the Dragon Pearls would cease to exist in the Pirate World.After weeks of searching for the Brethren Court he located the Pirate King Jack Swordmeance which he was relived to hear the survivors of the Battle were reforming the Pirate Navy to combat Lord Leon. After more months of warring with the EITC, Jim Logan discovered an exact replica of the Black Pearl which was located in a secret port in Port Royal, which Jim took as his own ship. However at an unkown point in time, the ship was docked in L'asile.Jim then saw that there was need for a new Brethren Court, which Jim did.On October 26, Jim Started the The Original Brethren Court.Not long before Halloween Jim started training for the The Yearly Dance Competition with friends. Shortly after Halloween Jim and Duchess of Anemosis started hunting Captain Chris Jericho who was taking out the French population.Jim and the Courts started Planning on how to deal with the growing EITC Threat

Jim came to Tia Dalma in late October 1743(2010) asking her about some weird dreams he had been having, Tia told him "Ye have been witnessin' an alternate tim'lin' me boy" Tia wrote it out as she was witnessing it.

" Thee Raven's Cove did not sink at all, you lived a privileged life style, Instead of living on your own for two years and sailing with yer adopted father, U stayed at Raven's Cove training for a "threat" that would never come. over the course of yer life yer brothers sailed off to Tortuga to become a Pirate while ye stayed at home for a whole 'nother year, the next year u purchased a Light Sloop and sailed to Port Royal. But instead of yer (second) Brother being killed on Raven's Cove he was instead killed in a Hanging for hiding a Pirate in his house. yer first brother Victor still became Pirate King. but u still lived a rich lifestyle, instead of spending yer life fighting ye spent it getting money and ye settled down with ye family. So ye became much weaker then you are now, but, yer Brother was killed by an accidental Shot from Captain Jack Sparrow's Ship. Yer parents died of old age. and Ye had a sister who died not before an age of tin. You continued your life as a very rich man in Tortuga with yer family but you soon realised you were very weak and by the time ye were 24 ye have had 3 boys,1 beautiful girl and a beautiful wife.

The vision ended with Tia showing an image of Jim with his young and beautiful family Tia called Jim back to Cuba as she claimed she was witnessing anther Alternate Timeline In Mid-November Jim visited Tia Dalma about more visions he had been having, Jim claimed it was just nightmares about Leon beating the Brethren Courts and taking over the Caribbean, Tia declined, it was an Alternate timeline where The 3 Brethren Courts and its allies continued a four year long war that lasted up until 1747(2014) where the Pirates lost and Lord Leon took over the entire Caribbean, France, Spain and every country killing EVERY Pirate, and the ones who didn't die, became Slaves or EITC agents. and she said not even u(jim) Jack Swordmenace, Duchess or even Charles Raidmalley survived.

when it ended Jim just stood in horror, he asked. "How can I prevent this" Tia just replied "You can only prevent it, from ending the war sooner."

Jim left Cuba with many thoughts in his head. Like how to beat the EITC sooner.

Other Dates in time On October 6, 1721 Jim said he was in Love with Duchess of Anemosis(who is married) In Mid-October Captain Jim Logan was made General Manager of his new guild the Elites of the Company? On October 13, 1743 him and his guild members started a search for the Dragon Pearls. On October 14, 1743 a random Pirate accidentally broke Jim's Scouter while on his search for the Dragon Pearls by shooting it. On October 15, 1743 not only did Jim successfully repair the scouter but when he fought a PVP his scouter's eye piece and Jim repaired it quickly.On October 17, 1743 Jim Left the EITC for his friends guild which he became General Manager. On October 19, Jim left his friend's guild and explored the Caribbean for new friends and to try and find his parents. On October 26, Jim Started the 6th Brethren Court. On October 31, 1721 and November 1, 1743(2010) Jim started hunting down Captain Chris Jericho and his Black Pearl On November 9, 1743 Jim's Scouter broke(again) but this time he read a power level rising to fast for it to keep up and exploded. Late November Jim started his Autobiography On November 25, 1743, Jim Logan rechristened The Original Brethren Court into The New Brethren Court On December 5, 1743 Jim finished his Autobiography On December 31, 1744 Jim turned 21.

War with Paradox, Peace with England, and Continued War against Spain and Pearson Wright

After making peace with the EITC and England, Jim and the alliance would start a brief war with The Paradox, which ended badly for both sides as they had heavy losses, but the outcome was with the alliance at the winning end, afterwards, Pearson would declare war on England, therefore the Alliance starting war with Spain. After John Breasly and England defeated Spain and killed Pearson Wright, Jim retired from Piracy and went to Port Royal to live with and raise his children.

I have MANY friends, and if you are one of them, feel free to add your self.

CaptainGoldvane2 ~ I see him as a dear friend, although we got off to a shaky start, I do see us as good friends.

Countpr~ Again, like Gold, we got off to a very shaky start, but I see us as good friends.

KatBlueDog~ I don't think I really talk to you as much as Stephen or Gold(who rarely talks to me any more :P) but I see you as a good friend.

Grace Goldtimbers(Duchess of Anemosis) ~ I see her as a dear, dear friend, who when she left the game I was in mourning, but she returned, ignoring Pears and the EITC, everything, but I left the game soon after that, I still see her as a good friend.

Trickster22 ~ You are a good Star Wars Fan, and I am glad to call you my friend.

Stephen ~ OMG DUDE YOU SCARE ME, but i see you as a friend none the less.

Jim's Sword is The Sword of Triton

Jims Gun is the Tri-Shooter

The logo for The Logan Family Story

Jim in his time as a "Fancy Man"

Jim in front of his Mansion.

Jim with his bud Lewhats his face. 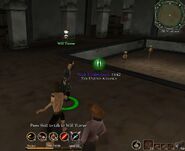 Jim sparring with his hero Will Turner

Jim duelling his hero Will

Jim hiding out with Duchess and her "Royal Bodyguards"

Jim with a gun 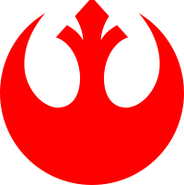 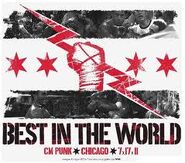 Jim's Flag he saw in a vision(i guess)

Jim Logan is expected to appear in The Goldvane Trilogy. See the page for more information.

Jim has a Star Wars Universe Counterpart also named Jim Logan there are no real differences between the two Jim's other then the SWU Jim being a Jedi. except the STU Jim has black hair and blue eyes instead of brown hair, blue eyes.

In the 2000's Jim Logan's descendent Jim Logan(Jr Jr) is a Professional Wrestler and discovered his ancestors history as a Pirate King.*