Pirates of the Caribbean Online: On Stranger Tides 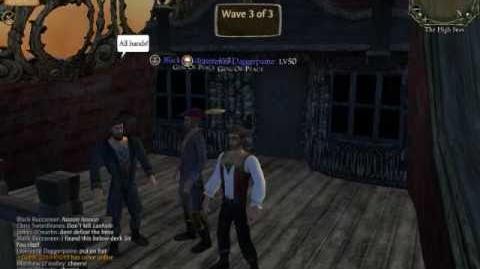 Welcome to the official Pirates of the Caribbean Online, On Stranger Tides page! Look around and wait for previews, backstage videos, trailers, and posters here. If you want to join the Caste or Crew, then go to this site and ask to become one. If you want to contact me privately, e-mail me at lawrencedaggerpaine@yahoo.com. We also have a chat room here.

Note: It is not a certainty if you become a part or not. 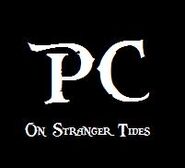 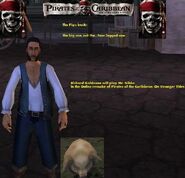 The finished version of Goldvane's.

James O'martin's Poster for Pirates of the Caribbean Online: On Stranger Tides James will be playing Captain Jack Sparrow.

Edit this page at User:GenLawrence/OST/Posters

Edit this page at User:Tama63/OST/Videos

This is the list of Cast and Crew for the Movie. The Script is on this page.

Edit this Page at User:GenLawrence/OST/Cast

This is the Filming Schedule as of now. The Director (Simon Redskull aka Tama63) and the Co-Producers (John Breasly and Lawrence Daggerpaine) need to be at every time listed. Look for your part, your date and time, and location (Locations on the Server of Cortevos). If you need to change the time, then contact Lawrence Daggerpaine here.

Edit this page at User:GenLawrence/OST/Schedule

This is the news of the Movie.

Edit this Page at User:GenLawrence/OST/News