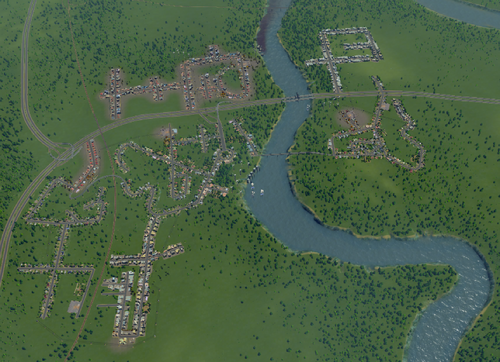 Potatotown was a city created by Captain Ned Edgewalker in the 2015 city building simulation, Cities: Skylines. It had a population of 7,507.

The city save file was accidentally deleted, which lead to the creation of a new city named Westbrook.

The main district of the town, the Canada District holds most of the cities population & is the largest district in total size. It is comprised of mainly Residential zones & Commericial zones, with a very small portion of the district dedicated to Industrial zones.

The district is the only area in Potatotown that has no drug laws.

The district is the only area that has a ban on pets, due to it's high pollution.

Retrieved from "https://potcoplayers.fandom.com/wiki/Potatotown_(Cities:_Skylines)?oldid=755876"
Community content is available under CC-BY-SA unless otherwise noted.