Hi I'm Edgar Wildrat, or Prince George III, son of Prince Fredrick (son of King George II). Prince Fredrick was killed and I became the heir to the throne. I'm also a Godfather in La Mafia, Evil Laugh Collector, Nose Collector and co-writer of the first wiki play, The Mystery of The Stolen Design . 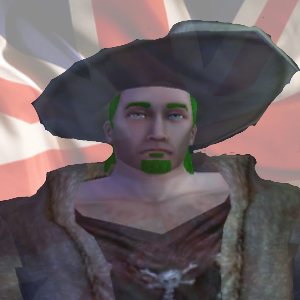 Real Name: awedfoihasodfhoaushdfouhwae (I'm not going to tell you... STALKER!!!!!)

Most Annoying Person I know

Pearl Boss Battle: 3 people, one level 50 (mastered all besides cannon) One me (level 46, fury ammoless) and Swashbuckler (level 32 sailing level 14 and cannon level 13) only 30 fury were shot, on the first barricade only. 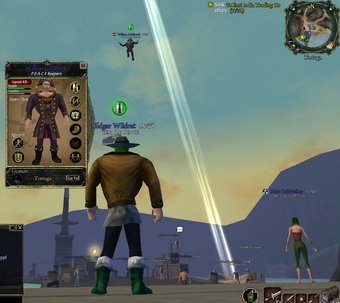 My weapon belt normally is a Engraved Broadsword (for close combat), Holy Pistol (my main weapon), Corsairs Bayonet (for sniping) Knives of The Golden Idol (in pvp, if I ever need to quickly kill someone I can use vipers nest)

Organizations I am a part of

Me as a hippie

A portrait of me

Edgar in his Casual Attire

Edgar in his Formal Attire

Edgar in his Swimming Attire

Thats him way up there ITS CRAZY! That was the day he actually flew from the Swift Foot Potion Glitch, he jumped from Governors Mansion to the water on the other side O_o twas crazy

Hello! I am Prince Edgar Wildrat of England, as the name says, I'm Prince of England :P. I used to have mad PvP skills but I'm rusty now.