WARNING: CORTEZ IS A BEAST AT PVP!

WARNING: CORTEZ IS A BEAST AT SVS!

Cortez is the Prince of italy which who is also:

Cortez was born December 10, 1700. His parents were unknown because he was raised with piracy since he was the age of 3, though Cortez had a fostered brother named “Mega”. Mega always got all the attention while Cortez was left out. Every time was hard for him and he always wanted revenge on his brother Mega. Most any information from his childhood was lost.

At one point in Cortez’s life join England in the Royal Navy since he got kicked out of Spain and was forced to leave to unexplained events. He was a unique sailor but he had a lousy crew. One afternoon Cortez was sailing to a nearby port but then one of his shipmates was slacking off, so Cortez then fired a bullet in the air to signal everyone to stop dillydallying. One of the shipmates ignored Cortez and, because he was already annoyed, he lost it and shot the shipmate right on his eye, killing him on the spot. One Of the shipmates look worried and continued to do his duty before he got shot. Soon after, Cortez got kicked (escaped) out of the Royal Navy because of the shipmate he shot; his father was actually a high rank in the Royal Navy. That day Cortez nearly got hanged.

Life As a Pirate

Cortez always knew he would be a pirate, ever since he killed that Navy fellow. The first thing he did was buy a War Sloop named the Savage Viking. He knew he needed a crew, so he went to Padres Del Fuego to get one. The first person to join his crew was "Drooler": a friendly chap from England.Drooler always stood out from the crowd as in he drank far more than the average pirate and would even occasionally jump off a balcony or two. The poor fellow lost an arinability attempting to capture another ship. He failed but he still had his other arm. Drooler was very good at witchcraft. Once, he almost lifted a boat out of the water. After Cortez rounded up his drunken crew, they all boarded the Savage Viking to start plundering.

The Scurvy was initially started up by Sam Sunskull but the torch was later passed down to Shipwreck Sally, and finally, the current Guildmaster:Peter Bluedavis. Cortez fell in love with the guild because of its activeness: it was barely ever quiet and he'd made many good friends.

The Family Busines is the official guild for Dons, Godfathers, and Goons of La Mafia. Upon hearing of this guild, Cortez became interested in joining, and so he did. This guild has now became inactive.

Mystic Muck formally belonged to Capt. Skull X but soon Cortez was amused of this company and soon became the owner of it since Skull left it is still active today and has the best "Muck" in the Caribbean. Mystic Muck became so successful that it brought Volcan Inc, then it opend Drinkers Inc. where they make the finest rum with their potions

After being a Spainard, Kortez took a long break of Piracy then he went to Savoy where he met King Shadow Sail. After that Kortez found his true father came from Royalty. Then he became the Prince Of Savoy and rules with Shadow as a new power comes to Savoy. 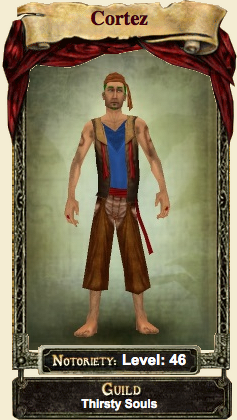 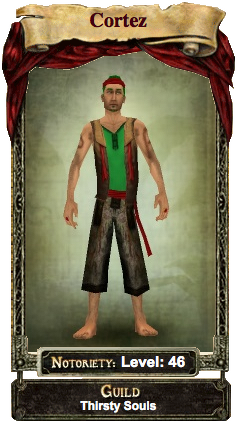 Lots of Loot chests, Me Gusta 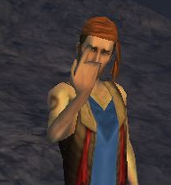 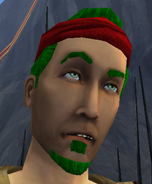 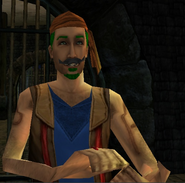 I want YOU to join the Thirsty Souls 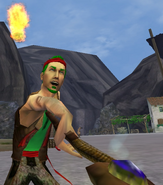 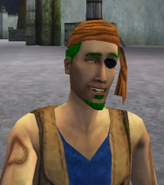