Rumor has it that the Headless Pirate has returned to the Caribbean, only this time, with a much different goal and much more powerful supernatural army. Return to King John Breasly once again and accept his quest to send the Headless Pirate back into the afterlife, for good. 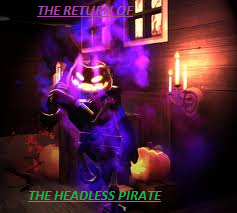 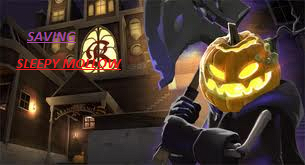 Chapter 2: Defense of the North

"Finally, your here! I was afraid you wouldn't come. We are in dire need of your assistance. Ghosts are attacking, one camp after another. For your first mission, you must go out into the forest and drive the ghosts back to buy us some time."

"Thank you, mercenary. We can now safely prepare for any sudden raids. Do me a favor, and check up on the other camp, to the north."

Defend the camp from the attacking ghosts for 5 minutes

Chapter 3: Head or No Head?

"What? It was too late? We've lost the north camp? This is terrible! Hmm, we will have to go forth anyway. Wait, what in the-"

The Headless Pirate rides into the camp. He slaughters a group of soldiers and then attacks you.

The Headless Pirate surrenders, however it was obviously an imposter. The man revealed that he was not the real Headless Pirate, but it was Slappy, his best commander.

Slappy: The Headless Pirate warns you! Leave the Caribbean, before he unleashes his wrath!

Slappy then vanishes into the mist.

Retrieved from "https://potcoplayers.fandom.com/wiki/Quest:_The_Return_of_the_Headless_Pirate?oldid=707756"
Community content is available under CC-BY-SA unless otherwise noted.