It was a bright afternoon day, the Original Five, which back then were called the Big Five, were invited to a meeting with a Co. Guild GM and officers. Little did they know that the Co. Guild was being payed to lead the Original Five into an ambush. During their passage EITC Tyrannts boarded the litle Renagade Cobra, only a Frigate. The marines fought very hard, and valiantly, but eventualy the Original Five got tired, and finaly gave up. Robert O'Morgin dove and took a bullet for Capt. Skull X, and died on the spot. The Black Guard then dissable the rudder, shot down the masts, and set the Renegade Cobra on fire, leaving the Original Five to burn to death.... 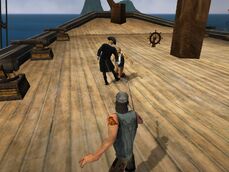 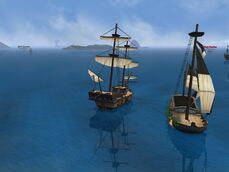 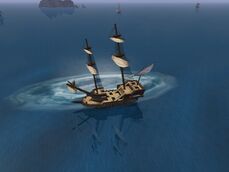 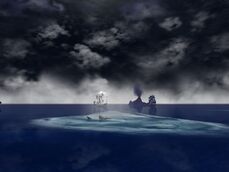 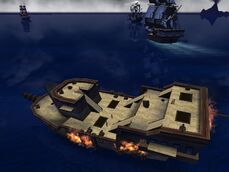 Add a photo to this gallery
Retrieved from "https://potcoplayers.fandom.com/wiki/Renegade_Cobra?oldid=747726"
Community content is available under CC-BY-SA unless otherwise noted.