POTCO Players Wiki
Register
Don't have an account?
Sign In
Advertisement
in: No Groggy Club Member, General Of Peace Guild Members, The Light,
and 2 more 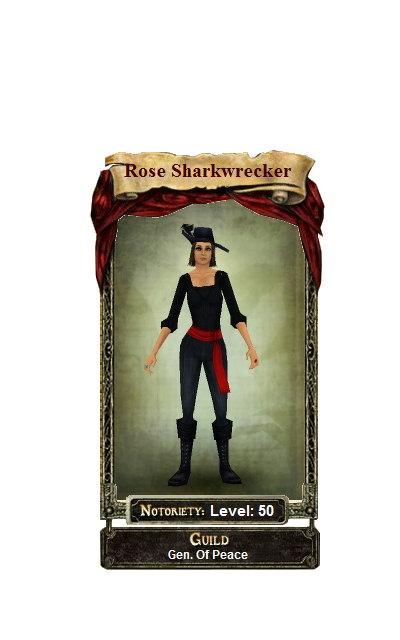 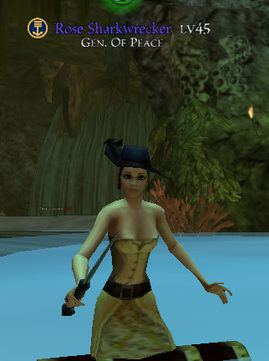 She started her pirate life in 2009. While she was at a Tortuga Invasion, a strange person named Jack asked her to join the Genrals of Chetik. She was going to press no but clicked yes but decided to stay anyways. A pirate named Sugar gave her a warm welcome and quickly became Rose's best friend. One day the GM of her guild misteriously quit the game and the guild was forever lost. She left and went to several other guilds before joining the Chetik Union. She quickly rose to third in command and met an awesome friend named Bill. The Chetik Union fell apard so Rose made her own guild called The Flages of Jolly. She then left and joined a guild called the Genrals of Peace where she met Sugar and Bill again. The guildmaster Red quit too so Lawerence Daggerpaine made a new and improved guild called the Gen. Of Peace. She is still in the Gen. Of Peace to this very day and is the best guild she has ever been in.

{C Cherie - Best friend and my go to fashion expert

Bill Plunderbones- Awesome friend who will always give you a challenge

Jack Warskull- A good person to talk about sports with

NOTE: The first few are on some dude playing them on a piano because I think its really cool how he plays so DEAL WITH IT! Lol jk :D