WELCOME! To the Royal Imperial Co. 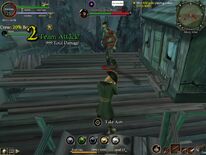 Imperii gloriam in EITC! (The guild motto in Latin)

NOTE:LORD HERNANDEZ IS BACK IN THE GAME!!!!!! BY THE WAY DON'T TALK TRASH ON THE PAGE THIS GOES FOR ANYONE ESPECIALLY PEARSON!!!!!

The Royal Imperial Co is a Royal EITC guild-army under the control of the great lord, Hernandez. The guild is one of extreme power and skill, they are one of the guilds under Hernandez's command and constantly fights pirates on Abassa, The home server. urgent update we are continuing our war on black officers hey guys wanted to become a ghost nan told us to make our own guild were connected to royal imperial we are better than normal soldiers.

The Royal Imperial Co. is an EITC guild run by Lord Hernandez. They are a highly trained army and militia

Welcome to the guild Log Entries section! We will be posting the best log entries from The Royal Imperial Co. journal

-Log entry one by a ghost were under heavy fire mortars(nades)aren't working in scaring them off the co jumpers are cowards though they sent mercenaries to do there dirty work were doing the best we can they sent machines from he double toothpicks(hacked and added a barrier)were not doing much my gun is out of all ammo and same goes for the rest we lost five men.

We are an elite unit which excels at sniping, grenades, demolition jobs, and of course (knife gleams in the background)assassinations. We are indirectly related to spy depot, but in the big picture were alot different. if you want to know our origin for our name, and for my name hibbard or if you are speed chat, go to Ghost Recon Future Soldier live action. If you want to join you have to talk to me, hibbard, or the second member and co founder, Halle. Rules are: we take orders from Hernandez when it comes to military matters, you listen to when im off. Halle, Edgar or our gm Hernandez disregard orders from anyone else. Our official medic is Joe.Another rule: if you impersonate me or any of the commanders above you, i'll find out who it was and will discharge you from the Ghosts.Now, enough of that negative stuff: we need good snipers and good tacticians.(Umm... depending on your age, look at our origins. Some content may be to violent for some of you.)

Spanish Empire. is a guild currently averaging 100 members (mostly over!) it is a guild run by Lord Hernandez They operate with an army, Crusader order, navy secret service and G.H.O.S.T.S squad

Ship(s) of the line:

The HMS Stronger - Ship of the line in Lord Hernandez's fleet

Operation Wildrun: Take over Rumrunners' by sending platoon to the island-Success, wildlife eliminated, set up outpost.

Operation Island: Take over Cuba by sending a platoon to take over island- In progress bring in guild

Operation Unnatural: Set up out post on Devil's Anvil and kill Lord Barbossa-Mission Failed. Monkey could not be killed, attacked men in the water. All units moving out.

Operation Silver Shield: Defend Kingshead from John Pearson and the Co. Rangers.- Huge failure. Swords had no effect. Hundreds of Navy, dead. Kingshead was not stationed with Co. Ranger guards, so still free.

Operation Overlord Take Down: {CLASSIFIED}, not released to the public