The Royal Museum is fan-made museum made by John Breasly. It is located in London, England, and holds

some of the most precious artifacts in the world. This article only names those of the Caribbean, however.

The building was built in the 1066 to hold all of William the Conqueror's (The King of England) precious items. In the 1500s it was converted into a museum.

The Royal Museum entrance consists of a large center room, with staircases on each side. Double doors lead into a courtyard ahead, with more hallways stretching off. In the entrance, you will see a statue of a historian holding parchment in one hand, and a quill in another. "History est Nostrum Maioribus Factum" is carved at his feet. It translates from Latin to English, saying "History is Our Greatest Achievement". You can also find the NPC John Breasly here, walking around the entrance, and may occasionally walk to a gallery.

In the archives gallery, we hold several fine documents. These documents include several signed by Grand Lord Leon.. They also hold several of Lord Marshal Samuel Redbeard. Other not so famous documents have been seen, all equally as important. The charter William O'roberts granted Robert Mcroberts to create the Viceroyalty Co. guild is held within it's walls. The death sentence of the Duchess of Anemois was recently placed here also. Not all documents can be named here.

The weaponry gallery holds some very ancient and useful weapons used by people of the Caribbean, as well as others around the world. Looking around, you can see the repeater of Captain Leon the Third.

You can see it today, a magnificent craft. It will also hold The Lord's Blade if the unfortunate death of Johnny Goldtimbers was to occur. Most recently, the Sword of the Golden Dragon was returned after being stolen by a raider named Hamsakai. It's most powerful weapon ever held there was the Sword of Valor. The sword of Pearson Wright has been granted to them by William Sharkskull on grounds of peace with Spain, and it has the upmost security.

We have a fine collection of manequins. Notable member of our gallery include Robert Mcroberts, John Breasly, Samuel Redbeard, Captain Leon, the Duchess of Anemois, and many more! Also recently added to the collection was Ben Goldeagle, Francis Bluehawk, Pablo Swordmaster, and Giratina Origin Forme.

A large area in an emty room was referbished recently, so we turned it into an exhibit. Mini-models of famous ships have been made. We include the HMS Imperial, HMS Empire, Red Rebel, The Interceptor, and many more. Also recently added, we have found a warsized ship, that has been taken apart and rebuilt within the museum to show all visitors. You can climb upon it, using a ramp built.

All cannons on it are fake, and areas have been labeled. It sits in a deep pool, which was built by Spanish workers. Another pool holds a flagship of Spain, which was granted to us by William Sharkskull, on behalf of Spain.

Within the depths of the museum lies a small gallery. Along the walls of this gallery are items which at one point were in the possession of certain EITC members. The ring of William O'roberts, an EITC Lord, is one of the most valued possessions. It has been handed down through the EITC for generations. Carved into the onyx gemstone is the EITC Crest.

Along the sides of the golden band is the words "Deo Dvcente Nil Nocet". Another priceless item is the pendant Captain Leon wore. It had the EITC symbol, formed from gold, hanging from it's chain. You can clearly see several priceless items have been placed here.

Near the EITC gallery is the Royal Navy gallery, which is in a much larger room. It holds several important Navy items. Within the room, we hold objects like uniform of Francis Bluehawk and a set of rings belonging to James Usman Strider. Recently, it obtained the blunderbuss of Robert Mcroberts, a renowned general. Our hunters are always finding more items. The oldest item in the room is the first flag of the Royal Navy,

taken from the fort it was made in. We also have a list of every decoration a Navy soldier in the Caribbean can earn. Obtained in August, we were granted the very first badge of Matthew Faye! There is always enough to stay for hours!

Many items have been lost in the sands of time. However, British surveyers are currenty working on bringing them to you. The Anicents gallery at the Royal Museum holds plenty of ancient Egyptian, Norse, Greek, Roman, and Byzantine items! It holds a replica of the Krokonomicon, a book of great Egyptian power. It holds a replica of the Stone of Jas. Other items such as pillars and vases have been put in this exhibit. Recently, it obtained several of the items of knowledge of Erik Silvurfist. It holds his locket, medallion, and raven statue.

The guild galleries are galleries of items obtained from the greatest guilds the Caribbean has known.

In the Francis Brigade gallery, we've obtained the coat of Francis Bluehawk when the brigade was early on. We've also obtained his hat, and a few of his weapons. Some of those weapons consist of his Sacred Pistol, and favorite dagger, which was impaled in John Breasly's lower calf during a battle. The gallery also holds models of every uniform the brigade has worn, and their standard weapons.

Due to the many he made, we cannot add them all. They hold the standard EITC uniform, the standard weapons, and the gear of a few notable members such as William Darkvane, Sam Seavane, and Johnny Goldtimbers.

The Viceroyalty Co. gallery is the newest, and most highly visited, gallery. It holds every uniform issued, every model of the Viceroyal Repeating Rifle, and even an Assassin's Pistol. We've gathered many standard weapons from their guild. The newest item is the first guild flag ever to be made by them.

East India Republic was installed shortly after John Breasly and Simon Lockward's first venture to the Caribbean together. Though the guild went inactive after five months, the gallery still stands. It has all guild uniforms, a guild flag, and guild standard weapons. It is interesting to read the history, but there is not much in there.

What studies have been done here? Many. Thanks to several large towers, studies have no been made. In these towers are levels of quiet studying areas. At the top of the north tower is where John Breasly and Samuel Redbeard first studied the Krokonomicon.

Thank you for visiting the Royal Museum. we ask you not edit these articles, but if you would like to submit an item to the museum, leave a comment in the comments box. Thank you. 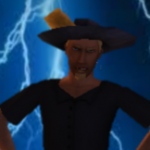 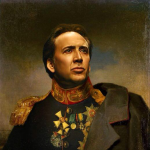