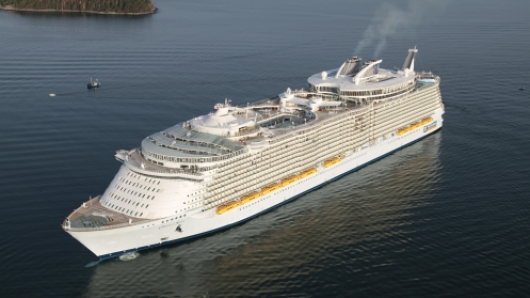 "I've always been one to love luxury. My previous ship, the SS Shadow was more of a historical, pirate like ship, I needed one for luxury as well."

Shadow had always liked the SS Shadow, always. He never will like it any less. But he did want another ship. A modified, better, version of the SS Shadow. People thought he was crazy, nuts, brainless, Shadow thought he was just being himself, loving luxury. He ordered Lightning Vessels to build this ship about 2 years after the making of the original SS Shadow.

"Man... what are you thinking?! You are turning into a rich nut job Shadow," said Jack DaggermenaceAlthough

gh many did not approve, Shadow went on with the making of the SS Shadow 2. He had made ships before, he now knew how to make everything in the ship be perfection. The ship would be even more custom then the SS Shadow. Even the engine would be gold plated.

"I want the ship to be luxury, pure luxury, but I also want it to be able to fight when the time is right," said Shadow when planning the making of the ship.

But there was one problem, Jolly Roger. He had always wanted Shadow's ships, who can blame him? They made all of Jolly's ships look like something a dog threw up. Jolly had tried to steal the SS Shadow and Shadow knew it would happen again, everyone did.

The Night Everyone Remembers

It was the night the ship was suppose to arrive in Castello di Shadow, Shadow's Island, and Shadow could NOT wait.

"All I could think about is my ship coming into my port, that is if it actually comes in the first place," said Shadow.

He wanted to come along for the ride as it came to his house, but Shadow's secret service knew about the time Jolly Roger came to steal his ship, and they as well knew it would most likely happen again.

It was about midnight, the ship was due to come in to his port at 11 PM, and his crew was never late, never. He was now very worried and did not know what to do. It was 1 AM when he came to the conclusion that something was very very wrong. He jumped on the SS Shadow and raced to the section of the ocean where the SS Shadow II was coming from. What he saw when he got there amazed him. His crew was in the water. Only some remaining on the boat, fighting with the crew of Jolly Roger. Whenever Shadow's crew would kill them, they would just come back. Jolly's crew had boarded the SS Shadow II and Shadow's crew was mostly in the water. Shadow paniced. HE thought fast, and then came up with a plan.

Shadow's plan was to board the ship and try to fight off Jolly's crew with Sea, a very powerful sword that could kill just about anything and would not let the undead respawn. Shadow threw a rope and made sure it was on the SS Shadow II, then silently went aboard the ship. He fought Jolly's minions with ease, they died almost instantly. The real fight would be with Jolly Roger himself.

Shadow had done this only once before, and he had won. But there was something different about Jolly this time, Shadow didn't know what but he seemed, stronger. Shadow took out his Golden Pistol and shot Jolly 2 times right in the head. It almost didn't effect him at all. He just stood there, motionless.

"Ah, you think your silly weapons are going to put a dent in me? Aye? Well you be wrong silly little pirate," Siad Jolly after Shadow shot him.

Shadow had gotten offended by this, and took out Sea and stabbed him. It was that giant thrust that really made a difference. He stumbled, punched Shadow right in the face, Jolly fell, into the cold blue ocean, Shadow fell as well, on the deck of hsi new ship.

Today Shadow uses this ship for just about everything. It has the first engine that is not steam powed and is extremely powerful. This ship and the SS Shadow is said to be,

"The leader of all good will ships."

Note: The crew of this ship IS the same as the SS Shadow,

"I loved my crew so much on the SS Shadow, I decided to just have them come on either ship that I want to sail,"

If you want to be apart of the crew, just say so in the comments!

La Corlo is the food and catering service aboard the SS Shadow. It is a crew of 20 skilled men and woman who work on the food part of maintaining this massive ship. They are the most skill and most polite catering service Shadow could find and to this day, he and all the members of the ship are satisfied. They do everything from set the table, to cook breakfast. And they have never had one complaint to this day!

These are the people who are on the SS Shadow II full time.

What do they do? 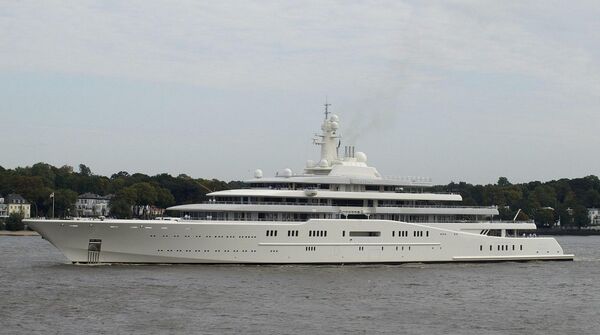 Here is the story about how the Silent Seas came to be: I was on my ship, the SS Shadow II. Having a great time. At the time, I was on the sports deck, swimming in one of the pools with John Breasly. It was over 100 degrees. We swam around for about 2 hours and after that we went back into the ship to settle for dinner. I was having my cooking staff cook up some lobster we caught on the fishing boat. Then, when we were in the dinning room, we noticed it was VERY hot in the boat. Normally the air vents would cool the boat down like a freezer, but this time, it felt 100 degrees in my boat. Turns out, it was. "Why is it so hot!" I asked the manager of utilities. "Sir, the air conditioning is broken." "....." I didn't even bother to get mad. Ten minutes later.... "So what do we do...?" I asked, when I calmed down. "Well... we need to port and get your vessel to Lightning Vessels sir." "Fine,..." When we got there, Soar, the manager, told us that it would take over 3 years to fix. "Why so long?!" I asked. "Well bro, a fish got jammed in the vent some how and.... well.... it broke the whole system." said Soar calmly. "This will NOT work! I am suppose to be having a great time right now." I was on a trip with John. Docking at Spain, the Caribbean, and many other ports. I wanted that to continue and this little mishap would not stop me. "Get another ship; build another ship. 600 feet, luxury, huge, and with air conditioning!" I said. "Bro did you just say you wanted another ship...?" "Yes." "I will get right to work." Soar got right to work and with in a year, the ship was done. ﻿ 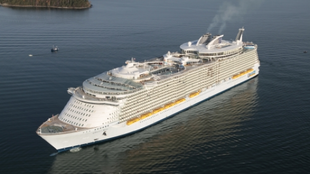 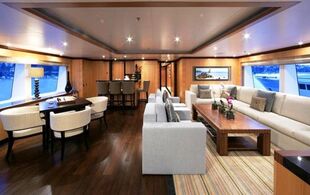 Public: One of the lounges. 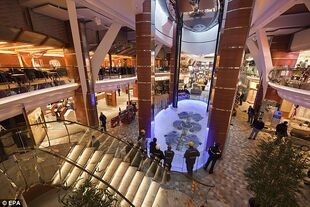 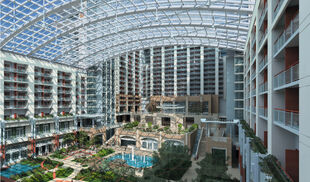 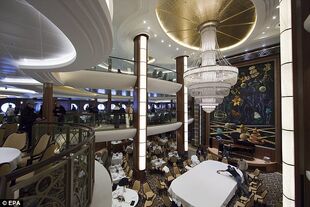 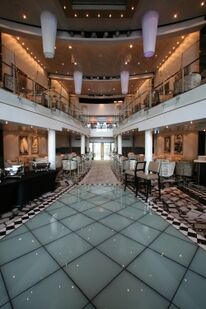 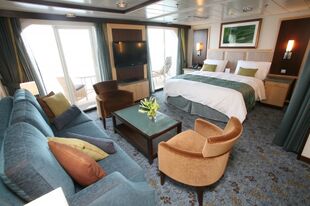 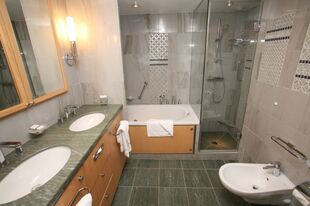 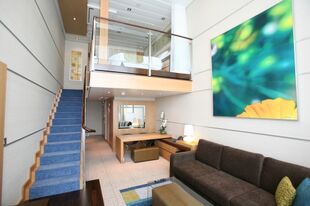 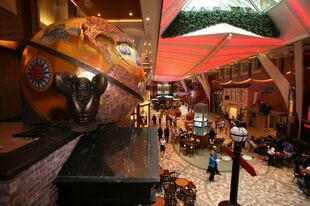 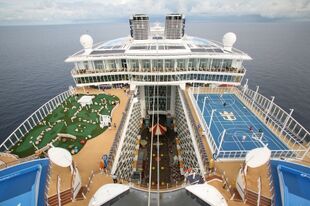 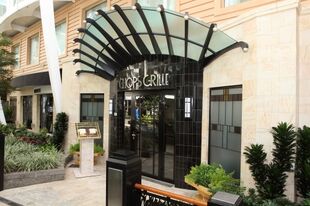 One of the many Cafés, Public 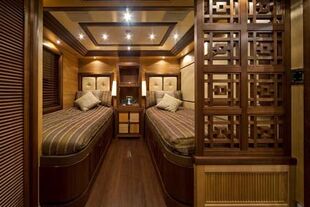 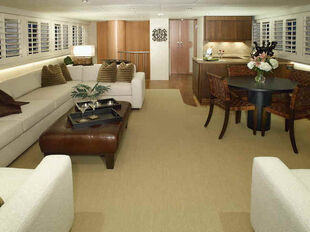 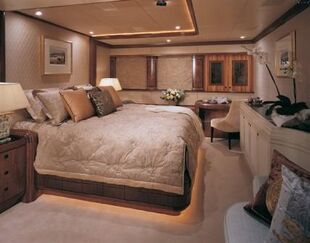 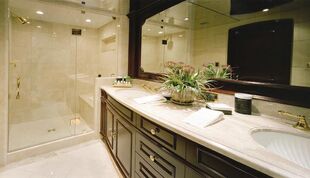 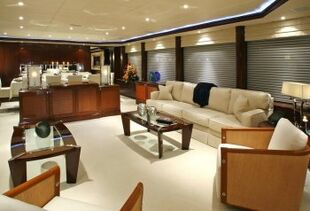 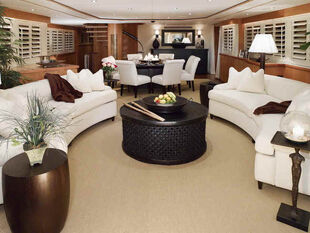 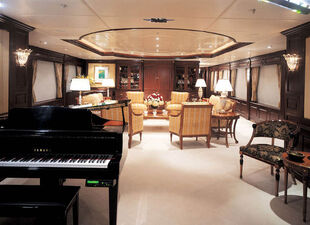 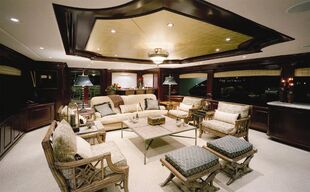 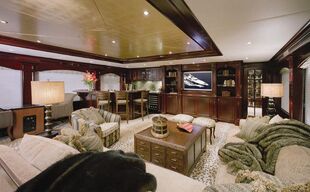 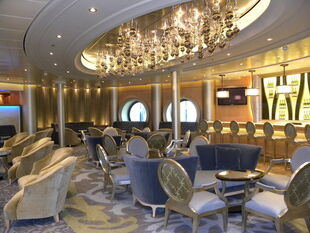 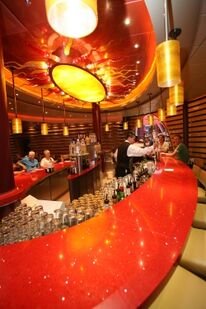 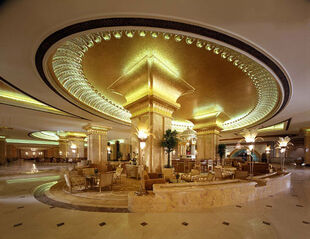 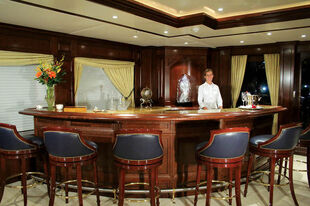 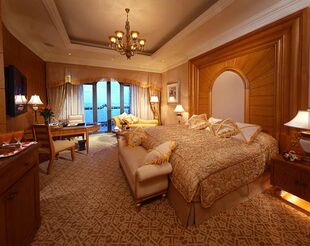 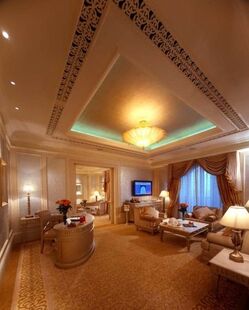 Retrieved from "https://potcoplayers.fandom.com/wiki/SS_Shadow_II?oldid=746190"
Community content is available under CC-BY-SA unless otherwise noted.