TSUNAMI is a brand new guild founded on May 24, 2012. Lead by JohnnyDaPirate, the guild is already taking they're place on the leaderboards. TSUNAMI is the home of many iconic pirates such as JohnnyDaPirate, Dragonbulk and Jason Ironskull.

The guild name, TSUNAMI symbolizes our strength, but also symbolizes how united we are like every drop of water that makes up a Tsunami.

1. Be nice and respectful to Everyone, not just guildmates.

2. Don't be rude, mean, or disrespectful to Anyone.

3. Ask before teleporting to other guild members.

4. Do not ask for promotions, They have to be earned.

5. No drama starting, people caught starting drama will be given a warning.

The guild website was created by JohnnyDaPirate and is still in beta. Check it out at http://www.tsunamipotco.shivtr.com. 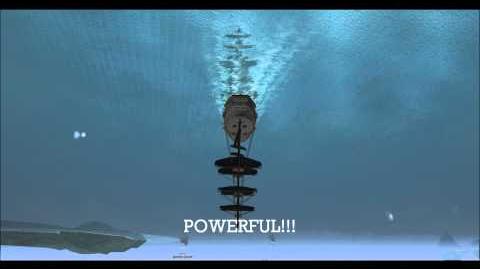 Member of TSUNAMI? Add this userbox to your page!

TSUNAMI dose not participate in roleplay.

TSUNAMI dose not participate in guild wars, we want a peaceful and friendly relationship with all guilds.

Leaders of the Guild

We have many members that make Youtube videos for Pirates of the Caribbean Online. Here's a few...

Retrieved from "https://potcoplayers.fandom.com/wiki/T_S_U_N_A_M_I/backup?oldid=742594"
Community content is available under CC-BY-SA unless otherwise noted.