POTCO Players Wiki
Register
Don't have an account?
Sign In
Advertisement
in: Out-Dated Articles, The Brethren Courts, Pirates,
and 5 more

For the former court look here: The 6th Brethren Court

And or The 5th Brethren Court

Hello Mate! Welcome to The page of The 7th Brethren Court! AKA The Current Court or "Possibly The Shortest Court ever to have been" With lots of our members being on for 4+ years, And planning their quit of the game.

Deceased Members of the Court.

1.Pirate Prince Ned Edgewalker Establisher of the code, Level 24 Lord Of The Pacific Ocean. Cold, Calculating, Cannot Be Defeated on the grandest war stage. Captain Of The Fighting Fox

2.Remy, Level 50, Lord Of The Hinterseas Willing to help, And defeat The EITC to do it.

4.Captain Johnny, Pirate Lord of the French Maine. Level 41. Friend To Any pirate. Considered By Many to Be one of the best pirates to ever live

All People MUST be authorized to be put in the court by Pirate King Jarod, Johnny "Shark" Turner And Keeper of the code, David McMartin. Do NOT put your name here without authorization, or you will not even be considered into becoming a Pirate Lord.

And No Religious Comments

Please Follow These Rules And Respect The Privlidge Of Commenting. Thank You. And Now, Enjoy The Features On This Page. - The Court

Keeper Of The Code: David McMartin

Bearer Of The Pieces Of Eight: To Be Elected: !

Rule 1 Never Frame a fellow pirate for something you did.

Rule 2 Treat all pirates with respect. Even lower levels than you. They are your brethren.

Rule 4 Every man to be called fairly in turn, by list, on board of prizes. Meaning

Rule 5 Keep Your piece Of Eight, Pistols, and Cutlass clean and fit for service

Rule 6 To desert the ship or your quarters in battle, You will be punished with death or marooning.

Rule 7 No striking one another on board, but every man's quarrels to be ended on shore, at sword and pistol

Rule 8 Any Man Left Behind Stays behind

Rule 9 The lights and candles to be put out at eight o'clock at night: if any of the crew, after that hour still remained inclined for drinking, they were to do it on the open deck.

Rule 10 The captain and quartermaster to receive two shares of a prize: the master, boatswain, and gunner, one share and a half, and other officers one and quarter.

Rule 11 Every Pirate Lord/King Is to be treated Equally by everybody In the court. Same Goes for Non-Court Pirates.

Rule 12 Every Pirate Lord must present their Piece Of Eight at a meeting, or they will gain 1/3 or 2/3 Strikes. But if they we're already 2/3 they will be evicted from the Court.

Final Ruling : No man to talk of breaking up their way of living, till each had shared one thousand pounds. If in order to this, any man should lose a limb, or become a cripple in their service, he was to have eight hundred dollars, out of the public stock, and for lesser hurts, proportionately.

All Pirate lords may Put they're Favorite/Theme song on here.

Our Place In the war. (Concluded)

TAKE DOWN PEARS. Plain And simple. Pears needs to be gone. Less Pirates would be killed, Which Means more victory for us. If Pirates don't have a part in this, What are we? Townsfolk? No. Shoot The Delta Republic To Kill. Savvy? It be a pirates life for us! Fair Winds!!

Ranks In The Court

Consideration of making a Brethren Court wiki, For all the Courts

We Have Decided to let YOU decide. How to vote: (In This Case Only) @CourtWiki

We Support this completely, With this war coming to an end, We support this: %100, Pearson is dead, Peace with England is standing strong, There is no reason for more conflict.

Thanks Everyone, For making THIS brethren court, the first Brethren Court EVER to be FAOTW. So, Thank you for helping us make history everyone! - The Court

Pirate Lords, King, And or Prince Can Put they're signaure here. And if a so called "Pirate Lord" Uses they're signature and its not here, Its probably a fake pirate lord, and or a pirate lord from a former court. 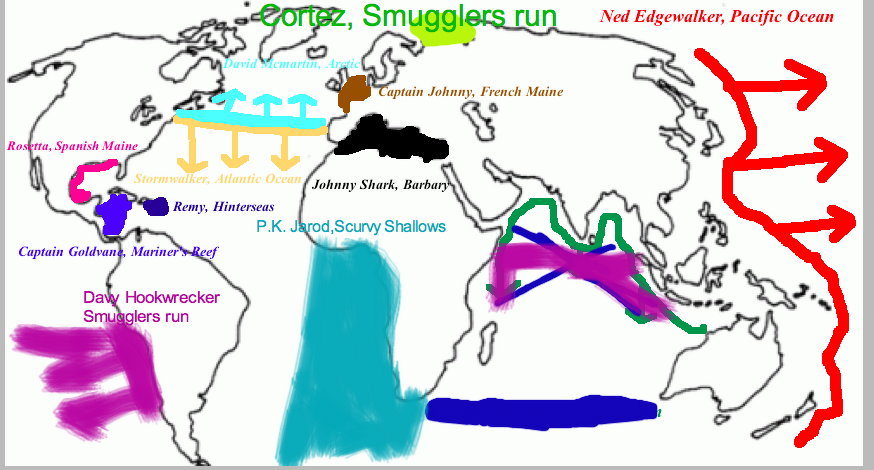 Banned Bloodlines (From All brethren courts)

4.Bloodline Of Any In game 'Seedlings'

All details are posted here:

Screen shots will be posted on this page shortly after the meeting ends.

Poatraits Of The Pirate Lords

The Seventh Court is scheduled to appear in the Logan Family Story 2, with members Pirate King Jarod and Ned Edgewalker as members.

The Life and Lies of Captain Ned Edgewalker

Every pirate lord is scheduled to make an appearance in this story.

The Life and Lies of Captain Ned Edgewalker 2:Never Alone

Every Pirate Lord will make an appearance.

The 7th Brethren Court was made on January 13