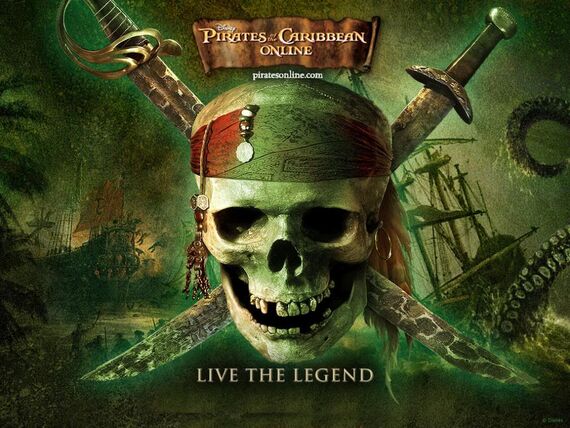 This date serves important to most POTCO players, as this was the day it all began. On Halloween many Pirates of the Carribbean fans signed up for this game that many of us was excited for came out. I had a founder account until August 2007, when I got banned with it. In the latter days of POTCO, seeing a founder became extremely rare.

"The POTCO legends, began there" - Remy

The early stages of this game (2007-2009) are considered to be the best days for Pirates Online, for multiple reasons. One of the big reasons are the original Port Royal, Tortuga and Padres Del Fuego, widely considered to be better than their 2009-2013 counterparts. We would like to thank General Lawrence, a former Rollback on this wiki, for these videos. 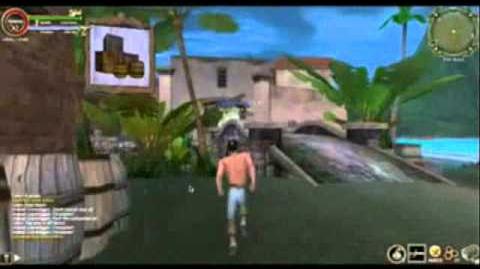 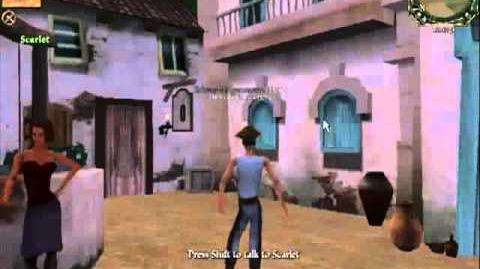 The game got off to a stong start,and it went as well as a 2007 game with 2003 graphics can go. Usually people were POTC fans, or Pirate fans in general, because it didn't have the "It factor" that other games had. But at the time, the people online the game were the best. This was before Roleplay had a strong factor in the game. Fights didn't happen often in public places, and it was amazing.

"As the game became more populated, players started to branch out people wanted to have their own stories... Unique individual stories and thus, Roleplay was born" - David McMartin

The roleplay era started to come into effect when two types of roleplay started to come into effect. The Pirates vs. EITC, and Country Roleplay. This was also the beginning of the high point in POTCO users. At the high point of POTCO, the game probably had around 500,000-600,000 active users. Roleplay was always around in POTCO. It's a pirate game... Obviously.. Whether it was a guy named Remy being the equivilant of Captain Jack Sparrow, or you and your friends pretending to live on a ship, roleplay was in the roots of this game, but it was going viral.

Notable Players from the Beginning of the Roleplay Era:

"This is when POTCO, got really, really busy." - Captain Ned Edgewalker

The Golden Age is house to the busiest time in POTCO history. POTCO probably averaged 500,000 - 800,000 active users at this point. Roleplay was the central point of the game, and as Roleplay Legend Johnny Goldtimbers said on the final day of POTCO: "It was what, we, the players did to transform the game's momentum from that dependance on Disney to our Independance that we created a new faction. A faction of Role Play."

POTCO's momentum was unstoppable, if you would have told me in 2010 that POTCO would close in 3 years, I would have said you can kiss my ass. Many POTCO legends were born here. In many ways, if done right, POTCO could have stayed one of the most popular MMORPG's in the market. Disney failed this task miserably. And so began the downfall.

"It was gloomy and dark in the end, we ended like a shadow at dawn, shrinking slowly to nothing." - Bartholomew Swordfury

These were the days where you started to see Abassa not being full, although still active. The days where Disney started to care less, and less about the community that was Pirates Online, releasing major updates very rarely. This naturally caused players to say their goodbyes to the game. They still cared at this point, but not as much as needed.

"The sea belongs to no one, we are not it's masters. We are merely it's constructs." ~ Jim Logan

As I said before, Disney started to care less. And less. AND LESS. Disney is in it for the money, and always has been. That being said, due to lack of updates, players leaving, etc, Disney did not care. They instead saw money in a different type of game, called Club Penguin. Club Penguin was, and still is a cash machine for Disney, which is the ultimate reason for the closure of POTCO, and another popular Disney MMORPG, Toontown Online. All of this goes back to one thing, and one thing only. Disney simply did not care. In the final month of POTCO, Disney granted every user free Unlimited Access & sped up leveling. Pirates Online ended on a happy note, with every user, from every roleplay faction, friendly with each other, saying goodbye a final time. This was unheard of in the Pirates Online community.

Pirates of the Caribbean Online was shutdown on September 19, 2013.

Thanks to user: Reyes De Luz (Albert Spark) for these amazing userboxes! Copy paste the desired userbox's code from the code column onto your userpage or page!

Walking on the Edge Inc. Would like to thank John Foulroberts, or JFrProductions for this 3 hour video. It includes every inch of every Island, quotes from Pirates, caves, ships, Invasions, Quests, Ship customization, Ship Repair (Land & Sea). Every thing you can possibly think about POTCO (Except for Glitches maybe. :P) is in this video. It's a doozy to watch, as of the moment of editing, Im still watching it. :) 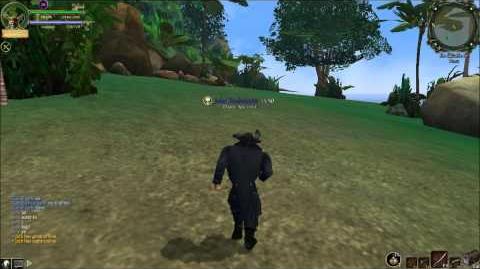 Retrieved from "https://potcoplayers.fandom.com/wiki/The_Generations_of_POTCO?oldid=729100"
Community content is available under CC-BY-SA unless otherwise noted.