The History of the Brethren Courts

If you believe any of the information presented on this page is in any way inaccurate, please contact the author, Nults McKagan with more correct information. Please do likewise if important details are missing as well.

To be added later

"I guess you could say it was successful." ~Jim Logan

As Captain Leon's War on Piracy began to pick up, Jim Logan decided that the 5th Brethren Court needed an ally to help fight the growing EITC menace. Therefore, on November 2, 2010, he created the 6th Brethren Court.

Much like its predecessor, the 6th Brethren Court had many people within its ranks as time passed on. The roster of the Court at the time of dissolution included Jim Logan (the Pirate King, although he referred to himself as the "Supreme Pirate Lord"), Christopher Crane/Hermit (Keeper of the Code, replacing the former John Fatbeard), the Duchess of Anemois (the first and only Pirate Queen), Charles Raidmalley, Richard Goldvane (a Lord in the 5th Court), Captain Chris Jericho, Jeffrey Blasthawk, John Breasly (King of Great Britain), Zeke Adem Williams, and Keira Kinover-Mar.

The 6th Brethren Court, nicknamed the "New Brethren Court," was created with the intention of helping the 5th Brethren Court fight against the EITC forces of Leon. Although the 5th Court initially responded negatively to what they saw as an infringement of their idea, the two courts soon became allies. Against Leon, the Court fared well. However, a new threat would emerge soon thereafter; Pearson Wright and the Spanish Army.

In the September of 2011, the 6th Court and the EITC signed a treaty, promising to cooperate against Pearson Wright's forces. The creation of this treaty would start the beginning of a trend, in which future Courts would hold less relevance than before and be less willing to fight the EITC.

The Court quietly dissolved sometime around August 2012, when members had either gone inactive or joined Great Britain or Spain. This quiet dissolution would make way for the creation a new Court; the 7th Brethren Court.

Duchess of Anemois, the first (and only) Pirate Queen

"It went better than it should have." ~Ned Edgewalker

However, to meet the need for a certain amount of lords, others were selected as well. These were Johnny "Shark" Turner, Stormwalker, Davy Hookwrecker, Captain Johnny, and Remy. Jarod "Pillagebane" was elected to the court unanimously via a vote on the wiki (which was the same vote that made him Pirate King). Additionally, for the first time ever, a Pirate Lord was elected through a contest. The winner of this contest was Cortez.

Now that all of the lords were selected, it was time for the Court elections. David McMartin ended up winning the position of Keeper of the Code. Ned Edgewalker himself ended up winning the Pirate Prince position. Jarod unanimously won the position of Pirate King, which was the first time something like this happened. However, no Bearer of the Pieces of Eight was ever elected.

Pearson Wright was permitted to return to the wiki during the 7th Court's tenure. When he did, he had a confrontation with Ned in chat, during which he said that he could take the Court. This caused the Court and Spain to have growing tensions, which would eventually escalate into an all-out war. Additionally, Wright's bloodline and the bloodlines of his followers were banned from the Court.

On another horizon, Ned was coming off of problems he had with Great Britain. Ned had issues with Great Britain that slowly fizzled away over months of building the Court. Great Britain, additionally, was also experiencing their own issues with Pearson Wright and his Spanish cohorts. This led to The Court deciding to help the British fight off the Spanish. The Court ended up being involved in one battle (which they won) and the Court remained safe from harm. However, this safety was short-lived.

On the first anniversary of the Court's creation, the "demise" of the Court began. It ended up being the last time Ned and Jarod talked in wiki chat. Ned, Jim, and David were discussing the creation of the 8th Court even months before the 7th was officially over. The day before the 7th Court was officially abolished, Ned messaged Jarod via his talk page and was given permission to create the 8th Court.

Keeper of the Code David McMartin 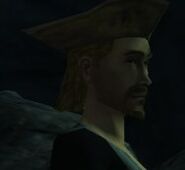 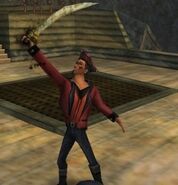 At this point, the court was all in order to begin courtly proceedings, including holding meetings and electing courtly positions. However, Ned abruptly took an unexpected tenure of absence, sending the court into a state of chaos. Internal disorder and confliction between the members caused Richard Cannonwalker to leave the court on March 13. This court never even elected a Pirate King, Pirate Prince, Keeper of the Code, or Bearer of the Pieces of Eight due to its instability.

On April 4, Ned Edgewalker returned from his unexpected absence. Ned returned to find his court in a state of disorder, seeing that the court was unable to get anything done without his guidance. After being urged by the members and Richard to fix the issues that the Court was having, Ned decided to completely revamp the Court.

Ned decided to keep some lords of the previous 8th Court and leave others out. The roster selected by Ned ended up including Jim Logan, David McMartin, Richard Cannonwalker, Edgar Wildrat, Christopher Crane, and Charles Crestsilver. However, an issue arose; the court required an eighth lord. On April 5, a contest was designed to decide the eighth lord, similar to the contest to decide one of the lords of the 7th Court. However, due to only one person wanting to participate, Johnny Sea Slasher won by default.

After a couple of weeks in the Court, on April 22, Ned announced that court elections would begin. This meant that the positions of Pirate King, Pirate Prince, Keeper of the Code, and Bearer of the Pieces of Eight would begin. After eight days of voting, on April 30, the winners were determined: Edgar Wildrat would be the Bearer of the Pieces of Eight, Johnny Sea Slasher would be Keeper of the Code, David McMartin would be Pirate Prince, and Richard Cannonwalker would be Pirate King.

The first month and a half was fairly slow for the Court. On June 11, Richard decided that making alliances with other roleplaying entities would be best for the Court. On June 11, Richard made alliances with Sweden, the Ottoman Empire, and Savoy (a country led by Ned Edgewalker). Then on June 16, an alliance with Austria was formed. Sweden was pulled out of their alliance by Albert Spark on June 14, but Queen Elizabeth reinstated the alliance on June 28.

The month of June also brought many line-up changes to the Court. Edgar Wildrat suddenly departed without a word spoken, and on June 11 was expelled from the Court. Edgar was replaced by Marc Cannonshot, who also assumed his position as Bearer of the Pieces of Eight until his departure on June 30. Charles Crestsilver was temporarily removed after an unexpected absence and replaced with Keira Kinover on June 18, although he returned to claim back his spot on June 21. When Marc departed from the Court on June 30, however, Keira was brought into the Court for a second time. On top of all of this, on June 18, Jeremiah Garland was voted as yet another Pirate Lord in the Court.

On July 22, after his whereabouts being unknown for over a year, Johnny "Shark" Turner returned to the Caribbean. He was greeted by the 8th Court in his return and voted in to join the Court the day after his return. Additionally, when Johnny "Shark" Turner was able to reclaim the Barbary Coast, it and the Court became allies on July 24. Additionally, on July 23rd, the Joseon Empire and the Court became allies due to King David Yellowfish of the Joseon Empire and King Richard Cannonwalker of the 8th Court being close friends.

At this point, the Court had a somewhat extensive (albeit not very strong) military. The Court had, at its disposal, The Eco Warriors (led by Keira Kinover-Mar), The Outlanders (led by Richard Cannonwalker), Barbary Elites (led by Johnny "Shark" Turner), Co. Sons of Liberty (led by Charles Crestsilver), and Hermit Rangers (led by Christopher Crane). However, on August second, Richard Cannonwalker left the Court. This meant that David McMartin became Pirate King and that The Outlanders was no longer a Court-specified guild.

After Richard left, the Court began to fade into dormancy. Turner was working on building his guild, but the members of the Court all had other things to focus on and as a result, the Court went inactive for a period. However, on September 12, a week before PotCO's scheduled closing, Richard Cannonwalker showed interest in rejoining the Court. David McMartin complied and made him Pirate King once again. On September 19, PotCO closed, signifying the end of the 8th Brethren Court, marking it in history as the last Brethren Court on PotCO. 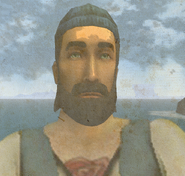 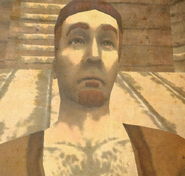 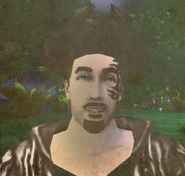 Johnny Sea Slasher, Keeper of the Code of the 8th Brethren Court 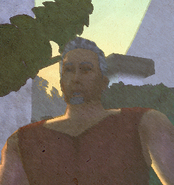 Ned Edgewalker, Founder & Bearer of the Pieces of Eight of the 8th Brethren Court 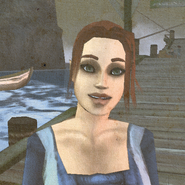 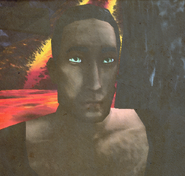 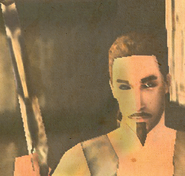 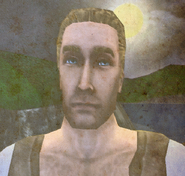 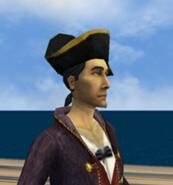 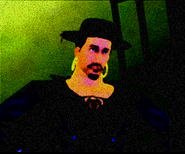 These Brethren Courts are courts that weren't directly descended from the 5th and, as a result, aren't considered "official" in the lineage of Brethren Courts. Additionally, this also means that information on these courts probably isn't very widely available, so information posted here may not be entirely reliable.

"They took what they wanted. They really fought anybody they could, since, you know, there wasn't much to do in the early game." ~Jim Logan

Possibly the first group of people on PotCO ever to call themselves by the "Brethren Court" name from the PotC movies, the "Original" Brethren Court was formed sometime shortly after PotCO's release in 2007. Known members include Victor Creed Logan, a girl named Felicia, and a man named Travis Trousersail. Victor Creed Logan was the Pirate King of this Court, and Jim Logan was, for lack of a better term, the Court's "messenger boy."

The Court was described as being particularly aggressive, picking fights with anybody they could and arguing with people over being on their "turf." By legend, the Court was dissolved sometime in 2009.