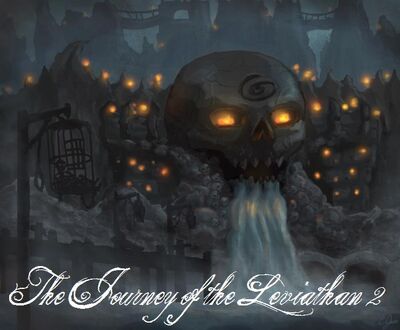 The lost servers are a place in the Caribbean where the lost civilizations (Including Chetik and a few others that were actually deleted from the game). In the book The Journey of the Leviathan 2, Lawrence Daggerpaine has been living on the lost servers for some time, leaving the Gen. Of Peace guild to be run by other Guildmasters, including Bill Plunderbones (Who leaves and guards the gates to the servers by order of Law, who, even though not technically GM, is still pretty much in charge), and Charles Walsh.

The theme of the Lost Servers:

Retrieved from "https://potcoplayers.fandom.com/wiki/The_Journey_of_the_Leviathan_2/Lost_Servers?oldid=716666"
Community content is available under CC-BY-SA unless otherwise noted.