The Royal Society & Co. is a private company in the service of King George II. It deals with many types of market, and is the top competitors of many companies like Shadow and Co. and Macmorgan Corp.

The Royal Society & Co. was originally started by a few scholars in the 1670s who wished to boost the economy of Great Britain. After hosting several events, and setting up shops around London and the surrounding area, it gained the attention of King George I, who employed them as his own private company. When King George II took over, he revolutionized the company, making it the multi-trillion pound company it is today.
Today, The Royal Society & Co. is one of the largest companies to ever set foothold in civilization. With a bank size of over seven trillion pounds, it's products are of only the highest quality. They import and export goods to private buyers and public organizations all over the known world. Recently, the company has set foothold in the New World, setting up offices in Boston, Port Royal, Georgetown, and several other influencial settlements. 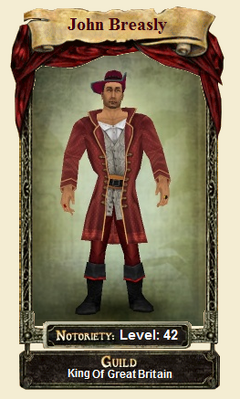