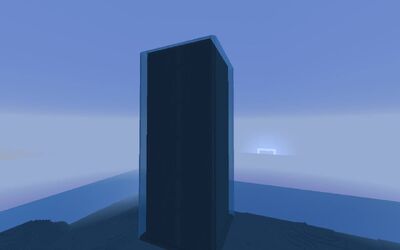 The Sanctuary is a water tower on the NeddehCraft 2.0 server. It was founded on July 8, and construction was completed the next day. The tower was created in response to the increasing level of threat New Tempus faced, as their coordinates had been discovered.

Cannonwalker began digging a hole a few hundred blocks away from spawn, and, on July 7, him and Beastdudez moved all of their goods into an obsidian bunker. After they had acquired a few double chests worth of Cobble, they began construction on the tower in the evening of July 8, managing to finish the next day. They built a farm on the first floor of the tower that day.