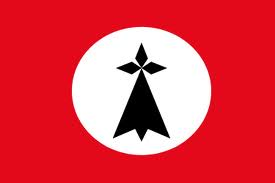 In Chaos there is neither Good nor Evil, just Perfection in the making!

In the History of Egypt and the underworld there is many tales of the Seven Gods of Chaos, The Thule Society of Chaos was founded in 223ad by a Roman Emperor obsessed with Purity and the Ideals of the seven 'Gods' of Chaos, he founded the Society which unlike many other societies was not secret but was openly known by many, though the goings on of the society were hidden from all, the members of the society include the purist of humans, who believed all others were impure, even going as far as to have hundreds of slaves of the 'Impure races,' in terms of Ideals they were much in line with the Society of Darkness, except for the fact that they were strong believers in the occult.

They had many famous members including Cleopatra, Marc Anthony, Caligular, and William Shakespeare as well as the infamous Henry the Eighth of England.

Involvment in the Caribbean.

Unknown to all, the Society had founded many bases in the Caribbean and the Americas and had captured many great, aztec treasures including the Sacred Cursed gold of Cortez. They then became more powerful in 1745 when Purist and sceintific genius Karl Rueprect Kroenon became the head of the Society in March, he began a recruiting compaign to bring all who were willing into the Society to create a new 'pure' world of peace.

They are Associated with the creation of Jolly Rogers Army and the Destruction of El Patrons Mines, it is also said they were the ones who destroyed Port Royal, Tortuga, and Padres Del Fuego though no one truely knows, some say the are allied with Beckett and the EITC to wipe piracy from the seas but due to thier secretive nature and natural distrust it is uncertain as of yet. They also raised El Patrons soul to destroy the Brethren Court and its Pirates, They also hated the Spanish and Casa Di Royale who they wanted to destroy because of they're betrayel of the Society.

They also are belived to be interconnected with the Society of Darkness but no one knows for sure.

The Society is known to have a connection with the destruction of Ravens Cove, they are supposed to have murdered the 'impure' people of the island who had hidden the El Patron weapons from the Society, so Kroenon had them 'exterminated'. this was their worst act and afterwards they decided never to do it again unless with supreme guidence from thier gods.

After many months of lying quietly in their secret bases the Thule society suddenly came upon the decision to destroy the Isle De Muerta so that none but them could claim it, They opened a portal into the realms of the the seven gods of chaos thanks to their technology and summoned one of the gods to destroy the island which he did by sinking it into the sea never to be walked upon again, unless by the immortal members of the Thule Society.

The Society had a small problem in Blackbeard who had constantly evaded them and so Kroenon himself went to deal with Blackbeard, he and Blackbeard dueled fiercly on the decks of the Queen Annes Revenge, But Kroenon with his super agility and swordsmenship he quickly defeated Blackbeard, and conquered the QAR's Crew and turned them into undead pirates, though afterwards the Brethren Court destroyed this plan of the societies!

Karl Ruprecht Kroenon is known well as the leader of the Society but also for the fact that his advanced technological studies allowed him to build a gasmask and body suit to protect his body from impure germs and other horrid things of the outside air, he has never been seen to take off his gasmask, he also wields duel katana blades and had a pistol under his leather trench coat.

Keira Kinover Mar is well known to be the High Priestess of the Society and Communicates with the Gods of Chaos directly, she is a faithful member of the Society, and wields a large Scimitar and a small dagger.

Christopher Ironshot is the Keeper of the Chaos, skilled in controling the Occult to such a great amount that he can easily open a portal and stay there watching it with out being destroyed for hours on end! he only has one weapon his mind! he uses his mind to infiltrate even the most intelligent of people!

these are the current ranks, more will be coming if these are filled!

these are just some of the ranks if you have any ideas on new ranks or just wish to join leave a comment!

Retrieved from "https://potcoplayers.fandom.com/wiki/The_Thule_Society_of_Chaos?oldid=731845"
Community content is available under CC-BY-SA unless otherwise noted.