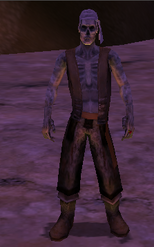 Stpehen
Add a photo to this gallery

Pages to be inducted into the Hall Of Fame

These are the people who induct others into the HOF

Want to be in the HOF?

If u want to be in the HOF, either your nominated or your let in, and you need a close friend(or rival) to give a speech to induct you with

If you nominate someone for the HOF that person must

Slappy, oh slappy, who I met a long time ago. Once a friend, once an enemy, now our pasts have been entwined together, and I won't forget the mysterious, and formerly evil Slappy. He has been here since the almost beginning of the wiki, one of the first admins, and also a well-known guy all around. Although even with all of his disguises (Remus, Cad Bane, Pre Vizla, Revan, Rumpelstilskin, and many more) he is still best known as Slappy, who is a michael jackson lover, good assassin, and usually a henchman more than a leader. But Slappy is a good guy, who has retired his evil doings, and moved on to a life of being a regular old wiki user. I commend Slappy for being a great former rival, and now a great fellow wiki user and friend. Warhawk1 20:43, July 7, 2011 (UTC)

I chose her, not because it was impulse, but because I've watched how she is on this wiki and I like it. She's funny, honest, and is serious to a fault when times need it be. She seems like a tiny cute package, but under that lies a fire of strength and determination! Go Kat! :D

Benjamin. What can I say? Adversary? Friend? Czar? All of those and more. =When I first heard of Benjamin "Benjy/Benny Mac" Macmorgan, I was expecting a level 50 with the Lost Sword of El Patron. That's not exactly what I got. I met him in the King's Arm, and he was level 27. I thought, "And he's one of the people that leads the EITC? Lord, things are strange." But, after talking to him, I realized he was quite intelligent. But, I could almost "feel" cowardice hidden somewhere in there. It came out about a week later, when he refused to come to a battle between Leon and Cadet. I screamed from the top of Fort Dundee that he'd never be an EITC leader again. Boy, I was wrong. I next met Benjamin when we were defeating John Macbatten, who had built up an empire under the alias of Four Finger Frank. After further conversation, I realized he wasn't a coward, but was a strategist. Not too bad. We next met when I made him Lord Marshal. A glorious friendship built between us, and then crumbled at his termination. We were enemies for a bitter three weeks until things were resolved.

Today, Benjamin is a great friend. He's one of my favorite editors, and one of the best contributors of the wiki. He's made many guides and handbooks, which everyone loved, and his sense of humor is to die for. Whether joking about the serfs in Russia, or whip(ped) cream at my promotion, he always puts a smile on my face. He is truly someone to be honored. 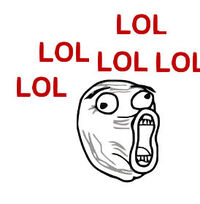 My own flesh and blood deserves a hall of fame entry for many reasons. The first reason is that he is a great wiki editor. He is the best at his job of bureaucrat. Just today, a vandal got to Richard Goldvane’s page. I undid the edit but Step had him blocked before I could even get to it. Said vandal also made a page that was very inappropriate. Step got the page deleted faster than I expected. The second reason is because he is one of the funniest guys on the wiki. Do you all remember this image? The lol face was used everywhere. The third reason is because he is a joy to be around everywhere. Step is so willing to help me in quests on the game. Even on Pirates of the Burning Sea, he loves to help. If I look at the internet and go afk, he does something funny. One time, I came back and he said Le epic belch. I have many screenshots of Step doing hilarious things on the game. I could list hundreds of reasons but I don't have enough time. I love you bro!

I have alot of Users to talk about here.

Curycoo was an awesome president. For many reasons, too many to count to be exact.

He was funny, smart, and the perfect ingredient to make the best Wiki ever, which is a great president.

Curycoo made me laugh alot, and still does. For example, a small joke out of the top of my mind is this : Me: "Someone is making Chat accounts of the names of the Admins. Anyone know who it is?" Curycoo: "Yes. It's ME!! jk". I know that is not funny compared to his other jokes, but it's in the top of me mind.

Very nice "peep"s! Stephen tought me how to few screenshots! I would have never posted a screenshot if it were not for him! Step is a very helpful person, and Kat's speech about him explains it all. Kat is also very nice, and I find myself agreeing with her opinions on things all the time! They are both AWESOME admins!

For being a nice guy, and a great Admin Jz is a pure admin. He stays calm all the time. He's kinda a rolemodel for me. When I first became admin, for a few months i was new at being an Admin, and when handling an Admin matter, I often asked myself.. "What would Fredskins so in this situation?". Thank you Jz!

Law is a great nice guy. We have alot in common. We are both Super-Hans Zimmer-Fans, and we both love music.

He told me he loves my TGT music, which I dislike so much I almost tried to delete one of them from Youtube.

He is a great guy to Teleport to when your bored, and I think that's enough said about 'em.

There are many more i'd like to nominate, but I just can't write anymore right now.

(Their might be some spelling mistakes but English is not my mother language ;p)

Well Ziggy told me he was nominated for the hall of fame. And said me he needed a friend to post a speech here, and he asked me to do it. Well i know Ziggy already for 8 years, and he was always my best friend. He is always nice to his other friends and every one like him. He's smart and know a lot about animals and history, and he's very funny and creative, a true leader figure. He introduced me to the game, he always told these great stories of the game, and he asked me one day to join him in the game, i did, and i don't regret i did. I love the game. We always play together and he learned me a lot, and helped me and other pirates when they needed it. i look up agains him, he's my best friend and i'm glad he introduced me to the game, to me he's a legend.

I have known Edgar for as long as I have offically joined this wiki(Late October 2010) and I have watched him evolve, mature, annoy us some times, be an amazing person, becoming the Snarf which irrated me since I hated the Snarf on ThunderCats. This guy, words cannot describe the respect I have for him, but a 1 word can describe his dedication to this wiki. Legand wait for it ARY. I have the honor of inducting Ed into the HOF, I belive he deserves it, I know he deserves it, and I say. Welcome to the hall of legands my friend.

~Jim Logan The Best In The World

Ever since i have joined this wiki, CaptainGoldvane2, has been right there, watching, he is a great friend, admin and he is a perfect leader, he has helped me develop on here, he has helped me make many friends on here, and he has created one of the most popular and greatest pages on this wiki, The Goldvane Trilogy, and for his feats on here, and across the wikiamultiverse, I thank him and I invite him to join the Hall Of Fame!

~ The Best in the World

Do not use unless you either have permission or are a member of the Hall Of Fame.(Ask an Admin or Jim Logan)

Retrieved from "https://potcoplayers.fandom.com/wiki/The_Wiki_Hall_Of_Fame?oldid=720289"
Community content is available under CC-BY-SA unless otherwise noted.