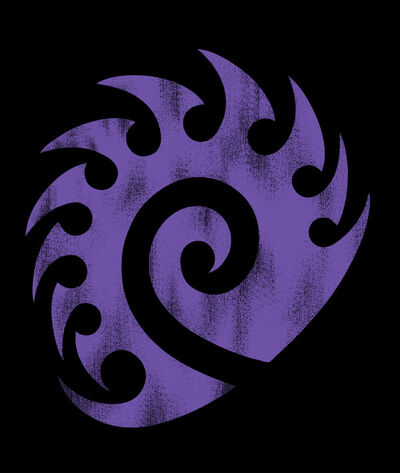 The era of peace ushered in by Sarah Kerrigan was unmatched throughout the history of the Koprulu sector. For years, the Terrrans, Zerg, and Protoss waged war in an attempt to assume dominance. Many of these wars Kerrigan had played an integral role in. First as a Terran ghost, then as the Queen of Blades herself. As the Zerg leader, she caused the deaths of billions, if not trillions of people across the sector. Throughout it all, there was one man who had never lost hope of what could be. That man, was Jim Raynor.

Raynor always had a goal in mind, freedom for all people living in the Koprulu sector. He had fought both the Terran Confederacy and the Terran Dominion, and both times came out successful. He accomplished this through the determination of him and his allies. Jim formed Raynor's Raiders to fight for the people, and his time fighting was over. At least, that's what he had believed.

James Raynor relished the opportunity at peace, the opportunity at a normal life. Being an outlaw and a revolutionary did not define the lives of ordinary Terrans. The past shaped Raynor, and while he did some regrettable things, he knew that he left a positive impact on humanity. After the End War that devastated the Koprulu sector, Raynor decided to settle down on the planet that had been his base for years.

Raynor walked up to Joeyray's Bar, taking in the atmosphere and reflecting on his past. A light breeze blew across the desert landscape, everything was quiet as the day was dying down. Normally Jim wouldn't come back to this place, but there was an issue he needed to sort out.

He entered the bar, recognizing the smells of the establishment. It had been years since he had been here, he had hoped to be done with the place.

"Jim Raynor, I've been lookin' for you for years." exclaimed a figure behind the counter.

"Joeyray, it's been too long, friend."

"You have my jukebox, do you realize the strings I had to pull to get a new one?"

"You took my discs, too! I should be forming a posse to collect the money you owe me for all of this."

Joeyray cracked a smile, and pulled out two beers from behind the counter. Raynor approached the bar, laughing. The two opened their drinks and started catching up on old times.

"So, what brings you back to this dump?"

"I'm having a bit of trouble as it is now, Kerrigan has gone missing."

"You're worried about her? She's fine. She did become one of those Xel-whatever the hell gods, right? I'm surprised she stuck around with you after that. If it were up to me, I'd be making my own damn planet by now. Living like a king."

"Sarah abandoned her new form a while back, she preferred to stick with being a human. I can't really blame her, since she was turned into a Zerg for a while. I know she can handle herself, but it's not like her to go around disappearing like this."

"Look Jim, I don't want to disagree with you on this, but—"

Joeyray was interrupted by a news report from UNN. The TV showed images of a burning city, people screaming in the background.

"This is Kate Lockwell, reporting for Vermillion Live. We have reports of a small group of people causing massive damage to the cities of Tarsonis. We can assume that those carrying out the attacks possess some sort of psionic powers. They were seen lifting objects with their mind, and even taking control—"

The broadcast was abruptly cut off. The sound of static filled the room. Everything else was dead silent.

"We haven't seen conflict like this since the End War. Who do you think would do this?" Joeyray nervously questioned.

"I have no idea, I just hope that Sarah isn't involved. We know the kind of psionic power she has. Hate to cut our reunion short, but I've got some work to do. Something tells me Valerian and the rest of the Dominion won't be able to fix this on their own."

"Jim, you keep that jukebox. You'll need it."

Retrieved from "https://potcoplayers.fandom.com/wiki/Unification?oldid=736808"
Community content is available under CC-BY-SA unless otherwise noted.