We are a quite peaceful guild actually... but if you get on our wrong side, we can very easily become the most dangerous guild of swashbuckling pirates you can ever imagine. We are either your best ally or your number one threat. 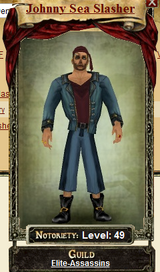 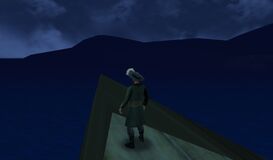 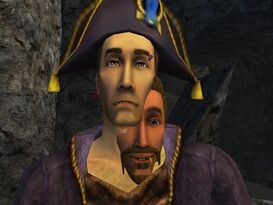 Hasandeep - Chief Officer
Add a photo to this gallery

NOTE: All guild uniforms are only a requirement at events in which the guild participates, or guild meetings, and such.

I you woudl like to be an ally with our guild, please put your name in the bullet points below!

We are looking to be allies with the guilds listed in the below bullet points.

Some guilds, we don't like, but we don't challenge them to war, we only consider them as neutral. Below are the guilds we are neutral to.

Some guilds, that for example are rude to us, but we aren't rude to them, we make our enemies, below are those guilds. Please if you are EITC, do not add your name, our guildmaster has declared us neutral to all EITC Guilds.

The Elite Pirate Alliance Awards are only open for the members of the United Alliance Empire and Guild. If you are a member, you may participate in any of the competitions, unless there is a rule that restrains you from doing so.

The awards aren't actually awards, they are a never ending ranking competition. When a person wins at a PvP or SvS, they get a specific amount of points for doing so, with whihc weapon.

Trainers are technically the referees for the competitions, they monitor SvS and PvP battles between participants to ensure that all rules are kept. They also have the right to kick you out of competition or change the amount of points you receive depending on the battle. Below is a list of the trainers, and their trainer levels.

If you would like to participate in one of the upcoming Player Versus Player competitions, please add your name to the list below.

If you have been chosen to participate in one of the upcoming Player Versus Player competitions, a referee will add your name to the list below.

If you would like to become a trainer, please add you name to the list below, then one of the trainers will challenge you to a Mayhem, if you win you become a Level 1 Trainer.

If you are a trainer, and would like to level up on your trainer level, please add your name to the list below, with your current trainer level.

This is the place where all the scores are kept, this section can only be edited by trainers who are registered and have proof that they are that trainer, if you change these scores, even if they are not yours, that person will get a one week ban from competition.

If you are interested in enlisting in the Elite Pirate Alliance Navy, please take one of the spots you desire from below.(Go on. Just take it. Theres no sort of application required.) If there is already a name next to a position, please do not take that, because it has been filled. You must be in the Elite Pirate Alliance to claim one of these spots.

The United Alliance Central Intelligence Agency is in charge of investigations in the guild, they go undercover and find traitors in the guild.(Gasp! We have traitors! Yes. It shows were dumb.) If you would like to join the CIA, please add your name to one of the VACANT positions below.

The CIA is split into 3 groups: Intelligence, Field Ops, and Espionage

Intelligence Branch is led by (Empty). Its members are classified however.

Field Ops Branch is led by (Empty). Its members are classified however.

Espionage is led bt (Empty). Its members are classified.

The Secret Service's duties are to protects the guildmaster, Matthew O'malley at all public appearances, and whenever Matthew feels he needs security.(Even in the shower? ESPECIALLY in the shower.) If you would like to join the secret service, please put your name in the list below in a VACANT position.

Pirate warlords has its on wiki page. Click here for ranks of Pirate Warlords. It is a group of 9 pirates belonging to the guild United Alliance. Sort of similar to the army.﻿

Our Arsenal, or weapons cache is in Fort Charles.(That way, the Navy can steal it!) There, we do guild weapons training, this activity is open to all guild members, and consists of learnin the usage of weapons from sword to voodoo staff.(It makes it easier to arrest us.) Our Chief Arms Instructor in the Arsenal is Ben.

I am very proud that just starting the guild on Match 13th 2011, we have already achieved over 54 guild members! I am also very proud of our Official Representative, Jeremiah Stormwash for creating and designing all content on the Elite Pirate Alliance page! I ask all members, to stay loyal to the guild, and behave like a fully grown person. Respect your superiors, and even people who you are superior to. Please read this page, I myself found it amusing!

Just like Matthew Omalley, I am very pleased with the quick recruitment, of many unlimited access members to the Elite Pirate Alliance. I would also lik eto congratulate our guildmaster in fomring this guild, and putting me in charge of creating this page, representing the guild, and even his own personal security. If there is one thing I can promise him, is that I will not fail him in me duties as 2nd In Command of this new guild!

Retrieved from "https://potcoplayers.fandom.com/wiki/United_Allaince?oldid=608607"
Community content is available under CC-BY-SA unless otherwise noted.