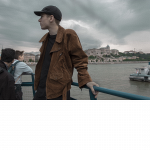 Hello, I am Batorhos. I have seen this wiki developing for a very long time, being a member since December of 2010. I've been a bureaucrat, an administrator, a rollback, and a chat mod since I've been here. I currently have a master pirate named Jeremiah Stormwash, who is the guildmaster of the guild Sinkers United. I know WML (Wiki Markup Language) pretty nifty, as well as basic HTML, and will be glad to help you with a problem you might have, just message me, otherwise I'll forget it, because I do not write things down. I've also sponsored some game card giveaways in the past, when there still were game cards available for purchase. (hence the benefactor userbox).

I live in Europe (Hungary to be more specific), but I have lived in the United States as well. I'm 15. I go to an economics polytechnic high school (a high school, where we professionally study economics prior to actual college and/or university training). As a free time hobby, I photograph. It's not professionally, but it's as close as one can get (I don't make profits, see). I also play water polo, in which is probably the most elite adolescent water polo club in the world (all jokes to the side on this one, I'm being serious), as well as doing a minimal amount of rowing crew, so that one is at an amateur competing level.

Here's a gallery of my favorite photography works, all photos are unedited, and were modified into JPEG files from RAW photo files.

Eötvös Square (Budapest, Hungary)
Add a photo to this gallery
Retrieved from "https://potcoplayers.fandom.com/wiki/User:Batorhos?oldid=657534"
Community content is available under CC-BY-SA unless otherwise noted.