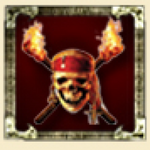 Hello, and welcome to my userpage. I am Curycoo, the founder of this wiki, and the president until mid 2011. After leaving and recieving numerous messages from various people about the inactive sysop policy, i was demoted to regular user. I have made several failed attempts to reengage myself with the wiki, like I said, never ending well. This time, however, in March of 2013, I think i can hang around for a while, and I have my own reasons for that involving things I'm not allowed to discuss.

Anyways... enough about my history here, who am I?

As my username suggests, i am Curycoo (I used to be Piplupower). There are a lot of things on the internet involving Curycoo, as i have a wide spread over the web.

Old Channel (POTCO and other things)

Preach Gaming is a WoW community that also hosts DayZ servers and Minecraft servers. It is focused around the youtube channel of a WoW player named Preach, who makes guides for the game.

I botted, shamefully enough... but not anymore, although I haven't actually played in a while.

Only level 1, fairly new to the game

Only in 480p, computer and internet can't handle at 720p right now. Streaming on Twitch as Curycoo .

Retrieved from "https://potcoplayers.fandom.com/wiki/User:Curycoo?oldid=756988"
Community content is available under CC-BY-SA unless otherwise noted.