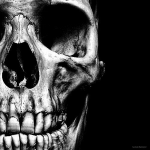 Blocked from the Wiki
622 Edits since joining this wiki
November 5, 2010

Hello, I'm Jack Darksteel, also known as Captain John FatBeard, younger brother of King Phillipe V Clemente of Spain and France. I am the duke of Muscovy, and Lord Protector of the Spanish controlled Russian lands on the Baltic all the way to the Black Sea. In my time on POTCO, I was a member of the first and second Brethren Court for some time and then later went on to serve under Francis Bluehawk during Francis Brigade. I fought alongside Bluehawk against Pearson at first, but with the arrival of The Paradox when Bluehawk joined forces with Pearson I decided that I'd join Pearson's guild itself and since then I have been a full~blown Spaniard.

Retrieved from "https://potcoplayers.fandom.com/wiki/User:JackDarksteel?oldid=701669"
Community content is available under CC-BY-SA unless otherwise noted.