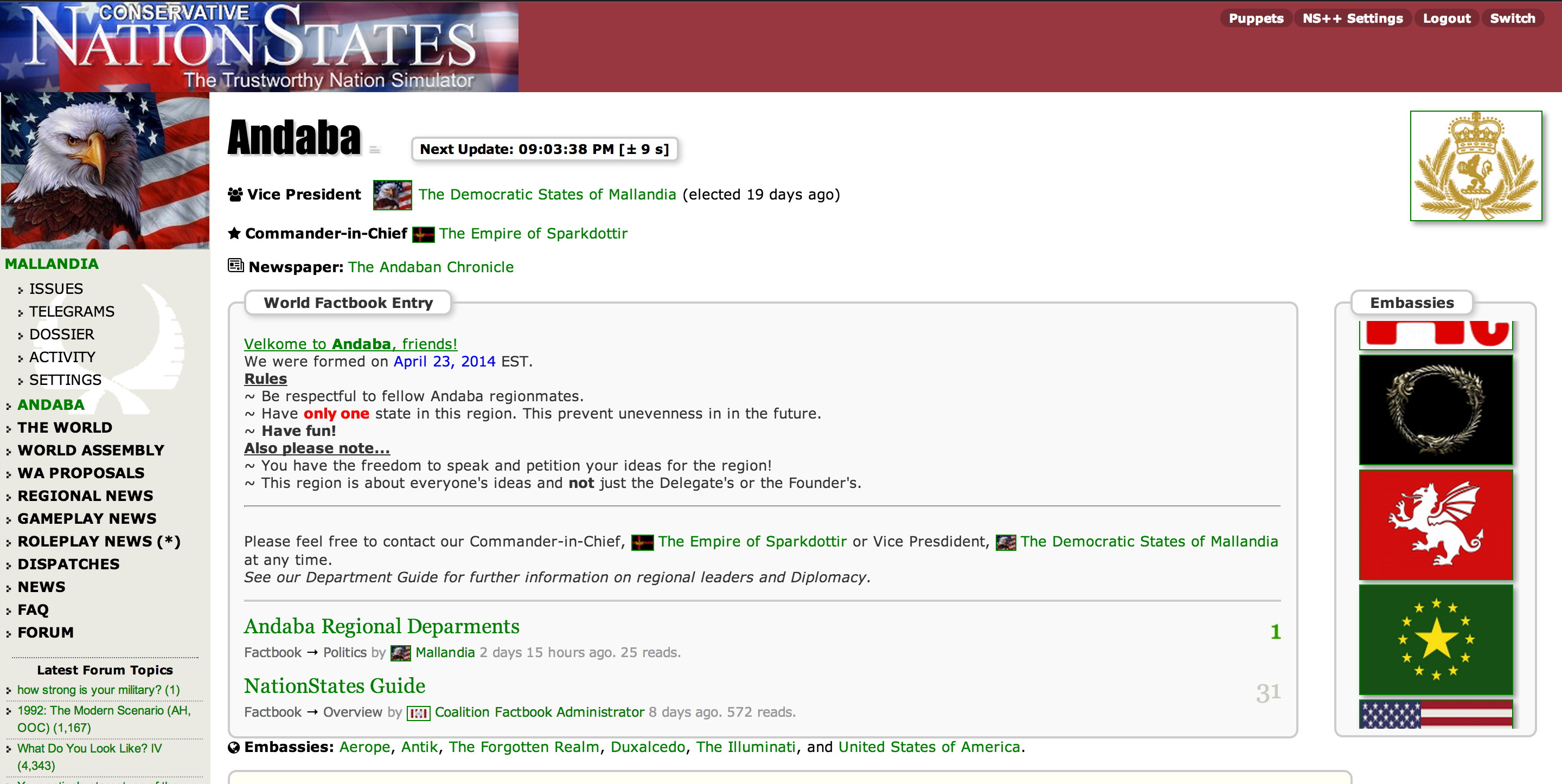 Hey there, Fellow human being!

A little bit about me.

Hi! I'm a proud delegate of this wiki's former official Roleplay Council. I will be editing there often, providing my input, be it constructive or critical. I've been here a while.

I was a proud POTCO player all the way up to its closing.  I had a former Pirate, Captain Andrew who was level 50 but unfortunately, was lost. I then played on a new account, Lord Mallace. You could find me roleplaying with my fellow countryman from England. The game had a great run.

Moreso than Pirates, you can catch me editing on minecraft lots of the time! I co-run a big, sponsored and marketed server named Waffleminecraft. Sponosred by 3 different buyers, we have had over 400,000 visitors and usually have an average of 500 minecraftians online at a time. I am happy to operate the disciniplary department, and if you are from here, please send me a message (Dirty_Mallace) in game for a special, PPW exclusive reward. IP:waffleminecraft.com. Website: The Same :O. From there you can find voting, ranks, videos, all the things you'll need to know. We feature multiple server hosting technology so lag is minimal and connection is greatest, with nearly full connection in terms of ms. A large survival server, hunger games, Capture the flag, paintball, team fortress 2, and a great community are available for you. More to come as we speak. :D

So thats me. I've been here for 2 and a half years and I love the community... and I plan to reform as much of it that I can. Please feel free to leave me any sort of message on my Talk Page. To keep up with my findings, travelings, roleplaying's and other things, follow my blogs. Keep Cool!

Use this to create a new page!

Retrieved from "https://potcoplayers.fandom.com/wiki/User:Lord_Andrew_Mallace?oldid=697353"
Community content is available under CC-BY-SA unless otherwise noted.