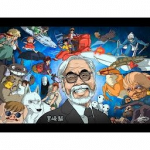 I just want to say, is role play worth it? I mean, whats to gain? All you get is frustration, sadness and an obsession. Is it worth it? I became Prince of England because I thought I would be able to restore order to the people of PiratesOnline thourgh a common outlet, I guess I was wrong in my assumption.

Retrieved from "https://potcoplayers.fandom.com/wiki/User:Prince_Edgar_Wildrat_of_England?oldid=500191"
Community content is available under CC-BY-SA unless otherwise noted.