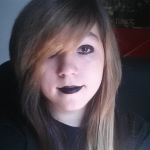 I'm a role player that used to play Pirates of the Caribbean Online when it was open and afterwards moved to World of Warcraft. Raven is usually the name I go by and it is also my main role play character's name (Raven Potter). I play XBox 360, XBox One, Playstation 2, but mainly computer games. I have a Twitch and a YouTube Channel, both of which I use for gaming, however, my YouTube for the most part is musical covers.

I'm pretty band obsessed, and listen to a lot of industrial/rock/gothic-styled music. That's pretty much it.

Retrieved from "https://potcoplayers.fandom.com/wiki/User:Raven_Potter?oldid=724660"
Community content is available under CC-BY-SA unless otherwise noted.