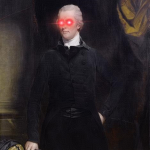 I was formerly a very active user here, as well as being Founder & President at the Minecraft Nations Wiki, Bureaucrat on the British Empire Wiki, and founder of several other smaller wikis. In TLOPO, I am a member of The British Empire (TLOPO), a guild I founded in December 2016 and acted as a senior officer in until 2018. I currently manage the TLOPO Community discord (https://discord.gg/NxeRPvJ) alongside several other former members of this Wiki.

In POTCO CRP, I was King of Switzerland on one character, Colonel in the British Marines on another, Secretary to the Prime Minister of Britain’s Office on another, and leader of the Sepoy Indian Soldiers on another. In Switzerland, I was the backbone for 17 utterly cringey Role-play years, serving as Prime Minister, Head of the Military, Chief Advisor, and eventually King of Switzerland. I later became the Chief Advisor on my new character, Sir Josef Grau, Count of St. Gallen, and continued to advise King David on his rule until March 2014.

After POTCO closed, I began serving Britain as the the Right Honourable Earl Grey, Lord Joseph Archibald Grey, Secretary of State for the Southern Department, Leader of the House of Lords, Third Lord of the Treasury, Governor of the Bank of England, Governor of Port Royal, Vice-Chair of the Judicial Committee of the Privy Council, Ambassador to Switzerland, 1st Earl Grey, Viscount Howick, Baron Grey, KG, KB, PC, FRS, MP for Northumberland in the House of Lords. which is basically a long way of saying "I was important".

Nothing I'm on Wiki Welfare

1. Tyler Crossbones (2011 - 2013) - My second pirate, and my first unlimited account. I made Tyler on August 29, 2011, and joined the EITC guild, British EITC Military. I served for a couple weeks as a Sergeant, before being promoted to Lieutenant. I later went inactive, but came back in February 2012. I retained my rank of Lieutenant until November, when I joined the Royale Co. Navy, and was made a Captain for a week, then a Colonel. I also became Prime Minister, Head of Military, Chief Advisor, and later King of Switzerland. In Switzerland I was called "Tyler Kroshbon" or "William II"; while I was called "Tyler Wellington" in Britain.

2. William Seasteel (2013 - 2013) - My third pirate, I became the Grand Prince of Tuscany on him, as well as Secretary to the Office of the Prime Minister. I didn't have much time to expand on him, considering the short amount of time I had on him, but he would eventually become Grand Duke of Tuscany at the end of POTCO.

3. Edward McDavis (2012 - 2013) - An alternate pirate I used. He was of Indian orgin, and the bodyguard to Tipu Sultan Prince Jarroute Neppal (Jarot Decksteel). He later became Head of the Sepoy Soldier Regiment at the end of POTCO.

1. James Warshot (2013 - 2013) - My fourth and final pirate, I used James for the last two months of POTCO. He was Guildmaster of Co. Black Watch, a guild that gathered 60 members, all above level 20. His RP name was "James Wellington" and he was the nephew of Tyler Wellington.

1. Joseph Grey (2016 - present) - My new pirate upon the release of TLOPO. I founded The British Empire (TLOPO) on him, and went on to be second-in-command of it until October 2018. I swapped over to my alternate pirate, Alexander Crossbones, after leaving Britain and didn't revive Grey until summer 2020. His name pays homage to my original character when I first started POTCO.

1. Alexander Crossbones (2017 - present) - My alternate pirate on TLOPO. Paying homage to my second pirate, Tyler Crossbones, and the guild I founded on POTCO, Armed Guard, Alexander would fulfill both legacies, eventually building Armed Guard into the 3rd or 4th largest guild in the game before I retired the character in April 2020.

Retrieved from "https://potcoplayers.fandom.com/wiki/User:Sir_Joseph_Grey?oldid=758642"
Community content is available under CC-BY-SA unless otherwise noted.