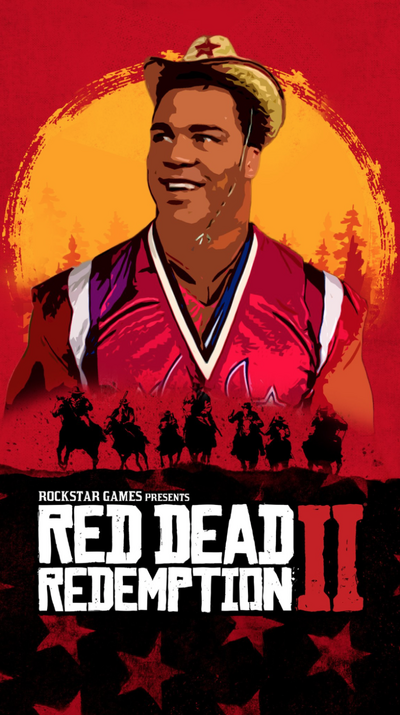 It's been a while since I've done one of these. I know reviews for this game are all over the place, and up front, this is just going to reinforce everything you've heard. This review is entirely spoiler free.

I'm going to preface everything by saying, if you've ever stumbled upon my far too frequently edited userpage, you may have noticed that Red Dead Redemption is one of my favourite games of all-time. So I had very, very high expectations for this game.

That being said, Red Dead Redemption 2 is not only better than Red Dead Redemption, it's arguably the greatest game I have ever played. Rockstar has created one of the most beautiful, entertaining, consistently fun games of all-time. When arguing for video games' place among other arts, people will use this game as an example for years to come.

The gameplay in Red Dead Redemption 2 is constantly gripping, and to say there is a plethora of things to do is an understatement. If the game isn't entertaining you with its superb gun play, hunting mechanics, fishing, gambling, bounty hunting or debt collecting, it'll entertain you with its beautifully detailed world and masterfully crafted soundtrack. Something as simple as walking around a town interacting with the NPCs who live there is entertaining for hours on end.

But, of course, the story is interesting in its own right. Arthur Morgan is one of the best written protagonists I've ever come across in video games. It is spectacularly easy to become attatched to Arthur as you guide him through the gripping storyline and around the game world as a whole.

Rockstar has managed to, yet again, write a masterpiece of a story that will stand among titans of the industry such as Metal Gear Solid 3, The Witcher 3, The Walking Dead: Season One, and Rockstar's own games like Grand Theft Auto IV and the first Red Dead Redemption. I use these games as examples of the excellence that this games' storytelling brings, and the writers who crafted it are rightfully being praised extensively.

My only true gripe with the game is the hunger mechanic, where you have to keep Arthur fed properly or he will either become underweight or overweight, but this mechanic isn't really invasive at all, and it's hard not to come to see it as something that ultimately enhances the experience.

Red Dead Redemption 2 is not a perfect game, but I can't think of a game that comes closer. Rockstar has released yet another masterpiece that will solidify them among the best developers in gaming history for years to come. As for Red Dead Redemption 2, this game will probably be remembered as one of the finest games in history and instantly takes its place among the top of my personal favourites of all-time. End of story.

My final score for Red Dead Redmeption 2 is 10/10. This game is a masterpiece, and if you were considering on skipping out of playing it, you're doing yourself a disservice. I cannot recommend this game any more than I already have.

Retrieved from "https://potcoplayers.fandom.com/wiki/User_blog:Captain_Ned_Edgewalker/Game_Review:_Red_Dead_Redemption_2?oldid=756363"
Community content is available under CC-BY-SA unless otherwise noted.