After Samuel Ironshot, who we all believed to be Pearson, came here and started complaining that Pears was banned yesterday, Tama requested a IP check on him. It was found that he has the same IP as Hippinflippin, Spartan Petalbee, Jack The Black Man and King Phillipe II. This means thart all of them have been the exact same person. I suspect, and I am sure many others do as well, that that person is Pearson.

This means that basically every single seedling who comes here and causes some form of drama is always him. The other Spaniards, like Madster, are obviously not him because they do not act, talk or think like him.

This is actually a good thing, because now when people say "You admins are so paranoid!" or "Not every seedling that comes here and complains is Pearson!" we can say "Ahem...".

I am starting to wonder if we should adopt a "No Tolerance Policy" for seedlings who cause drama and ban them as soon as they start complaining or insulting, and not waiting for a checkuser or proof that it is Pearson. Even if they are not Pearson or some other banned user - which they usually are - they are breaking rules and should be banned. If we put this system in to place, we can stop drama before it begins to escalate and get rid of the problem sooner. I am not proposing that we ban every seedling that comes here, I am proposing that we ban every seedling that comes here and breaks any rules or makes any trouble.

If the above idea is popular I might write up a community vote. 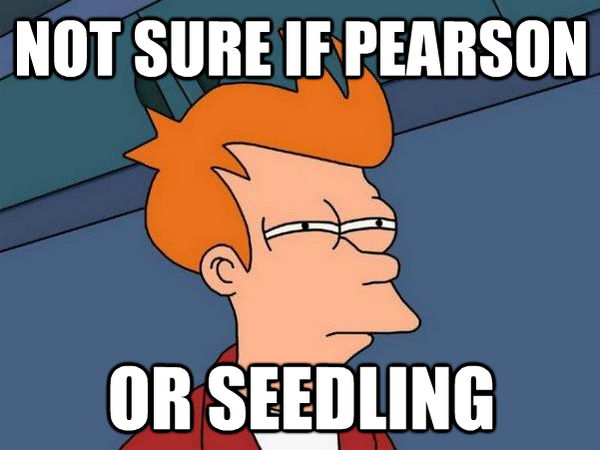 Retrieved from "https://potcoplayers.fandom.com/wiki/User_blog:Jack_Pistol/Listen_Up_Seedlings?oldid=482419"
Community content is available under CC-BY-SA unless otherwise noted.